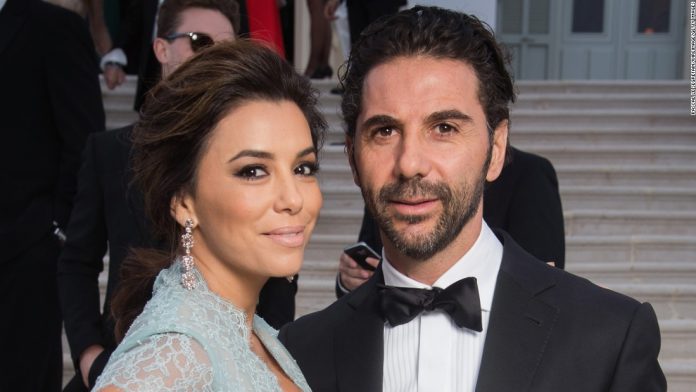 Actress Eva Longoria has finally tied the knot with fiancé Jose Antonio. The beauty who became very popular with the ABC comedy-drama Desperate Housewives, exchanged vows with Jose Antonio Baston, 47, who is the president of Latin American media brand Televisa.

The ceremony was held at a private residence in the picturesque lakeside town of Valle de Bravo, near Mexico City. Eva got engaged to Jose Antonio ‘Pepe’ Baston in Dubai in December.

The couple married on an altar beneath multitudes of little lights, while they could also be seen in the pictures which were posted on a Telemundo news program, exchanging vows in front of a giant cross overlooking the lake.

Longoria got engaged in December during a vacation in Dubai with the 47-year-old the Mexican TV mogul presenting his lady love with a ruby ring. The couple has been dating since late 2013.

The wedding was a very private affair and was attended by close friends; including David and Victoria Beckham. Singer-turned-fashion designer Victoria is said to have designed Longoria’s sleeveless wedding gown.

Only 200 guests were invited for the ceremony. It was reported earlier that singers Ricky Martin and Katy Perry, actors Penelope Cruz, Mario Lopez, Amaury Nolasco and Jaime Camil were also invited. The couple had spent the earlier part of the day by the pool along with best friends ‘the Beckhams’ and close pal, Ricky.

Furthermore, it is also said that Baston had proposed to Longoria in December 2015, when she was in Dubai for the third Global Gift Gala. The actress often attends the Dubai International Film Festival to host a fundraising auction.