Comcast unveiled this week their plans to challenge Disney for some major parts of Twenty-First Century Fox. The media giant’s plan is to basically outbid Disney’s $52.4 billion bid. This means that Comcast is also looking forward to taking over Disney’s Fox-Marvel properties, which could mean now that that X-Men Avengers crossover is at risk of never seeing the light of day on the big screen.

Comcast has confirmed that they are “in the advanced stages of preparing an all-cash bid for the assets of 21st Century Fox.” The company who owns NBC universal says that any other bid made for Fox would be “a premium of the value of the current all share offer from Disney,” also announcing that the company is ready to pay around $60 million to secure this purchase.

For now, there hasn’t been any action from either side. This all talk situation, however, is generating some tension, but it has taken circumstances to the point of conditioning Fox to paying off a breakup fee of $ 1.52 billion if they were to accept Comcast’s offer on their assets.

Walt Disney and Comcast are poised for a “bloody battle” over which one will get most of 21st Century Fox. Here’s why it matters. https://t.co/zUlKJP3fTd

What does Comcast have to offer over Disney?

However, the future does remain quite uncertain on whether Disney is willing to make a counteroffer to top Comcast considering that is one of the wealthiest companies there is in the world, there are many factors that still need to take effect in this multimillion dollar situation. For now, the only thing scheduled is that Disney’s and Fox’s shareholders set to meet this summer and vote on the acquisition.

Another subject to be discussed in the Disney Fox table is whether this deal is to the liking of every involved party, and Comcast’s offer is certainly nothing Disney can’t deal with, the real question that comes in is, how will Disney react to this?

We collected Comcast and Disney/Fox's spins for their would-be deals, and put them all in one place. You're welcome! https://t.co/SWqaVdGAjQ

A fun fact regarding this situation is that The Simpsons actually predicted a Disney-Fox takeover in season 10’s “When You Wish Upon a Star”. The episode follows Homer’s fast-growing friendship with Kim Basinger and Alec Baldwin to the point he helps the couple as an assistant, although Homer keeps trying to get the celebrities to read one of his scripts.

The celebrity couple introduce Homer to Ron Howard, and the episode closes after Homer reveals the location of the couple’s home in the woods, followed by a chase between the celebrities and Homer that results in an injured Ron Howard, who would, later on, be pitching one of Homer’s scripts at 20th Century Fox, which is labeled as a division of Disney. 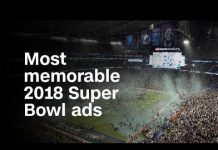