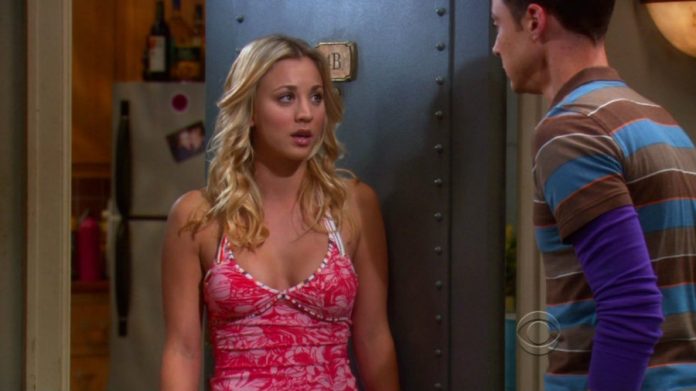 The 10th season of The Big Bang Theory was announced at San Diego’s Comic-Con by show’s executive producer, Steve Molaro, and it will come with a flashy new addition: Finally, fans will meet Penny’s mother. The show’s audience can only hope she is just as problematic as any of the other parents we’ve already seen over the past nine years.

Katey Seagal, who played Kaley Cuoco’s mother on the ABC sitcom 8 Simple Rules, has been cast to play Susan, and she will appear in the first episode of the forthcoming season. Along in the ride from Nebraska comes Penny’s brother, Randall, who will be played by Jack McBrayer, known for his part as Kenneth Parcell in 30 Rock.

Seagal is a veteran TV actress, known for appearance in the long-running sitcom Married…with Children, for voicing Leela in Futurama and her role in the drama Sons of Anarchy.

Producers described her as neurotic and stressed out, consequences of spending too much time with her troubled son, Randall, who is a former ex-con and drug dealer with a very cheerful attitude. A trademark for Randall’s characters.

What’s in store for the nerd gang?

Season 9 final episode featured a family reunion, as Leonard’s mother, Sheldon’s mom, and Penny’s father got together for dinner. The finale ended with some cliffhanger when Alfred Hofstadter and Mary Cooper abruptly left the table for a “night cap” at their hotel.

We can expect to know whether or not Mary and Alfred got together, as Penny was confident. In this line of ideas, showrunner Steve Molaro already teased that the upcoming plot will lean towards Sheldon and Leonard being “potential brothers”.

Aside from this, the slowest couple on TV, Sheldon, and Amy ended up in a right place during last season. They even had sex. Fans can expect the pair to make another quantum step forward shortly.

Bernadette’s baby will also be a major part of season 10. “The goal is to make that kind of changes and sure, Wolowitz and Bernadette pregnant, that’s a big step, but it’s also an easy one,” Molaro said.

The Big Bang Theory will return to CBS on Monday, September 19. The show recently had its 200th episode, and, lately, hints are pointing at the endgame for the only bazinga! On TV. 2017 might be the last for one of the biggest TV shows.

TV series fans can only hope producers can learn from Friend’s perfect ten runs, or even Seinfeld’s anti climatic’s season 9 finale. A good script and funny ideas only last so long for the same characters.

What would Detective Gordon think of Big Bang’s ratings?

If someday, somehow, Sheldon realizes he’s part of a show, maybe he would not be thrilled to know that his show’s rating is more than four times bigger than Warner’s Gotham.

Season nine accomplished an average of 20 million people watching every week. Reaching such a high fan base after 205 episodes is no easy feat.Such a growth from season one, when they got a promising 8.4 million views.

The CBS sitcom was the America’s most watched series of the 2015-2016, just after the NFL Sunday Night Football, but above NCIS and The Walking Dead.

They also lead the highest paid TV actors to lead, with the main cast making over 1$ million per episode, a number is also seen in the payrolls in the protagonist of Friends, Seinfeld, and Mad About You.

Others have reached higher in the final seasons of their shows: Tim Allen, the main character of Home Improvement, made $1.25 million per episode. Frasier’s star, Kelsey Grammer, earned $1.6 million every week while Ray Romano got $1.7 million from Everybody Loves Raymond. Finally, Charlie Sheen is still winning all around, as he made $2 million when Two and a Half Man passed the 100 episode mark.

Even more amazing is that he broke his record set at 1.8 million per episode. Only to be derailed, dismissed and replaced by Ashton Kutcher.