Hit animated show Adventure Time is ending after its upcoming ninth season. Cartoon Network made the announcement this Tuesday. The series wraps in 2018,  after 148 hours of content. The last two seasons will have half hour episodes, miniseries, specials and more.

The surreal pop culture phenomenon has gone for eight years and 71 hours of stories since it premiered in 2010. The plot follows Finn the Human and his adoptive brother Jake the Dog roaming around the – post-apocalyptic – magical Land of Ooo.

The network is very proud of the show and assures it “changed the definition of what kids’ TV series could be.” The success of the cartoon is not just the passion it spurs among its audience and creators, it has won 11 awards, including six Emmys and two BAFTAs. 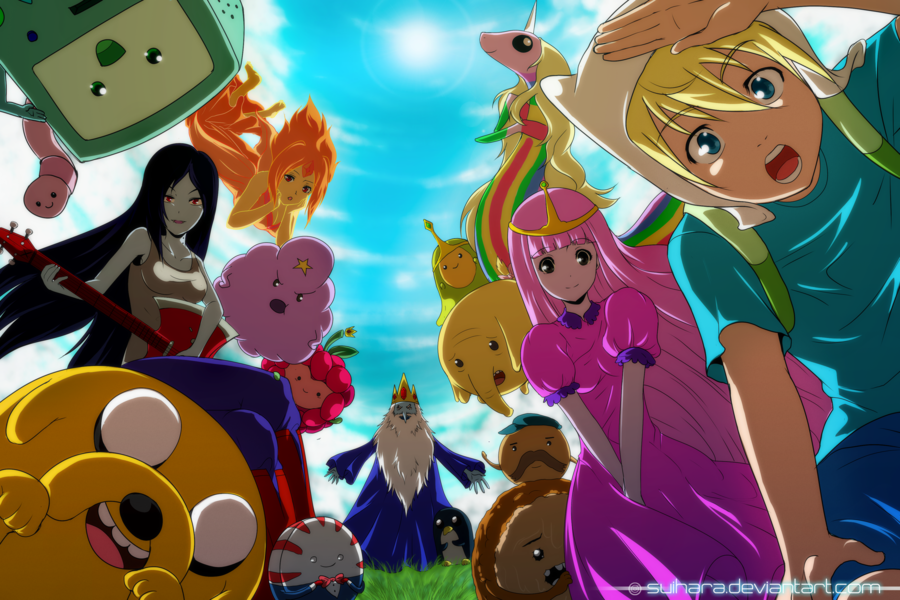 In the 236 11-minute episodes over seven seasons, there has been a confusing array of characters, dimensions, plotlines, parallel realities and origin stories. Adventure Time is sure one of the dizziest shows on television and here are the some memorable moments that showcase the randomness of the cartoon.

On season five’s “Jake’s Suit,” Jake got inside Finn’s body to embarrass him in front of the Flame Princess and her less-evil family members. It was part of a bet to see who could cause more pain to each other. The dog did his version of the “Puncha Yo Buns,” one of the craziest song of the series.

Fans got to know the song when Marceline was inside Finn’s mind and saw him singing in the bathroom.

“Dude was too old fashion for his own good.”

Marceline Abadeer is one of the main characters. She is a half-demon/half-human vampire who is over 1003 years old. She was a rival to Finn and Jake during their initial encounters, but then she turned into one of her closest friends.

The thirty episode of the seventh season, “Normal Man,” features the regular Martian guy on a quest to retrieve his brother from space.

The opening scene shows Normal Man talking into a walkie-talkie to Tiny Manticore, who is high in the sky, wearing an oxygen mask and plotting a “classic double-cross.”

Adventure Time with Fiona and Cake

Stepping on the bizarre, Adventure Times also takes on an alternative universe where Finn & Jake’s genders are reversed, as well as it’s changed for everyone in the Land of OoO.

Fiona and Cake got themselves into plenty of adventures in a parallel universe. Some of them had sexual messages underneath the plot.

“I think I can image an imagination turn-on machine.”

On the first season “Rainy Day Daydream,” Finn juggles with the idea that he is not creative. The reality is better, he says, but maybe because he is part of the most creative cartoon world of a generation.

The episode gets the focus on the importance of imagination, with some particular and funny situations for both Sadly for him, there is real lava on the floor because Jake’s imagination got out of control.