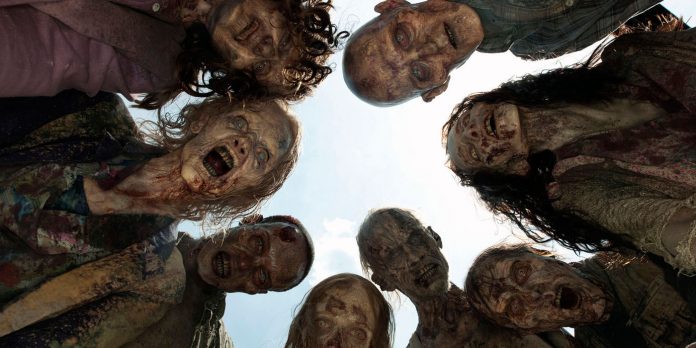 The Walking Dead will return to AMC’s schedule programming with the its 7th season this Sunday, October 23rd. After a long six-month wait, fans will finally see who died at the hands of Negan in TWD’s season six finale. Nonetheless, The Walking Dead’s cliffhanger is part of a bigger plan for the AMC’s hit show and the continuance of its plot.

The studio’s alleged plans came from TWD’s showrunners, how left an even larger space for speculation. AMC studio has managed to keep filming a secret, a phenomenon that was both new to the cast and the rabid fans of the number one TV hit show.

Considering that AMC shoots most of the series in Senoia, Georgia, the town has become a big tourist attraction. Senoia even has a Walking Dead coffee shop and of course, the 15-foot wall that protecting Alexandria.

With a strict policy on ‘No Spoilers,’ The Walking Dead’s production team reportedly shot multiple versions of the 6th season final episode’s death scene. Actors also filmed different takes from other key moments of the plot, to ensure minimum disclosure.

The studio behind The Walking Dead recently issued a DMCA take-down notice on Facebook’s Spoiling Dead Fans forum, making the site’s administrators shut down the page. AMC wasn’t thrilled with people still getting glimpses of the show’s production to speculate the result of last season’s cliffhanger.

On a side note, it’s worth mentioning the people living in Senoia is restricted from entering their homes. Given their homes are located inside Alexandria’s facilities. Besides, people living in nearby areas from the show’s filming site have to tolerate loud noises and bright lights late at night.

Regarding the town’s temporal scenography, The Walking Dead usually trashes the filming locations, because of the renowned post-apocalyptic scenario from AMC’s hit show. Georgia’s small city of Senoia has already appeared on the series as Woodbury, and it will probably star as The Hilltop Colony.

Notably, The Walking Dead could start following Robert Kirkman comic’s closer than ever before on the show’s seventh season. The producer of TWD series Greg Nicotero told ComicBook.com the studio would get a chance to experience key moments of the original graphic novel.

“TO ME, IT FEELS LIKE WE MAY BE A LITTLE CLOSER IN NATURE TO CERTAIN BEATS IN THE GRAPHIC NOVEL THAN WE HAVE IN THE PAST, BUT IT COULD JUST BE MY INTERPRETATION OF IT,” said Nicotero to ComicBook.