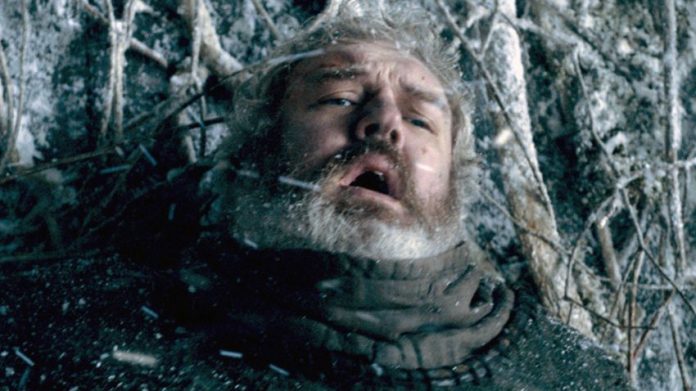 Our famous character ‘Hodor‘ from ‘Game Of Thrones’ recently made to news due to his epic scene from Season 6 Episode 5 of the show. So, if you haven’t seen the show yet, this is the big red Spoiler Alert light for you. Don’t blame us later!

In the latest episode, it got revealed how Wylis became Hodor and how he got this name Hodor. As Meera was taking Bran away from the White Walkers, she kept screaming at Hodor to Hold the door.

That was one emotional moment that he held the door and gave his life while stopping those White Walkers. Even as they got to him and made him their lunch, he still held on to the door.

Soon after, the internet was full of memes and trolls, who made this Hodor from side character to the hero! Lets check out some of these memes.

There aren't many memes that make me cry. This one does. Right here. As a combat veteran, I totally relate. #Hodor pic.twitter.com/PS5gjdMBiH

Baffled with the last scene and teary-eyed with the devotion and dedication of ‘Hodor‘, some memes positioned him as a true Warrior. If you are a true Game Of Thrones fan, you can’t disagree.

Here is another one depicting Hodor as door holder. Can we expect a company to now come up with that name for their product? Well who knows, maybe Ikea is reading this!

This Hodor doorstop is the perfect gift for the still-weeping Game of Thrones fan: https://t.co/PlC5qDM8eT pic.twitter.com/nl75S938w6

If you think, it can’t tickle your bones any more, well here is the real life joke played by someone. A guy pasted Hodor’s picture next to the button of ‘Hold the door’. Very witty, I must say!

A day late, but sharing now bc whoever put this in the elevator at work yesterday is amazing #hodor #HoldTheDoor pic.twitter.com/G85xgtXK9e

Then there is another one by the hero himself, Kristian Nairn. He is the guy who played Hodor and posted a meme from the last scene. As they say, only a true artist can laugh at himself. Applauds to Kristian for the same!

Game of Thrones has such a huge fan following that the entire week, these memes trended on the social media. For some it was funny, while for others it was one more tragic death in the show based on

For some it was funny, while for others it was one more tragic death in the show based on George R.R. Martin‘s books.

However, Kristian Nairn got even more quirky and went upto making a video of himself ironically being asked to hold the (Lift) door. Interesting!

Overwhelmed with all the appreciation he received, Kristian Nairn got a little bit emotional and tweeted out many times thanking the fans for such an amazing response.

Can't believe it's still going. Thank you seriously SERIOUSLY so much again. I feel it's more than I deserve but you have been really great

We can definitely say for sure that he deserved all the applaud and claps for his mind blowing portrayal of the heroic Hodor. Hopefully we will see more of him soon.

Hopefully we will see more of him soon.