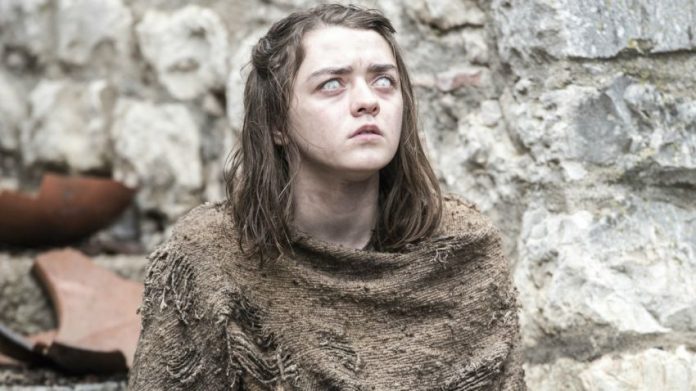 In the last episode of Game of Thrones the hero of the show, ‘Jon Snow’ rose from the dead and as per reports, now it is time for another old character to make a comeback. And Maisie Williams, who plays Arya, in the very popular George RR. Martin TV series, just revealed who that person is!

The show has seen some gruesome killings of the eldest Stark son, his mother and his pregnant wife in the Red Wedding. In the meanwhile Arya ran to Bravos and turned blind in the House of Black and White, whereas Sansa ended up with Ramsay Bolton, who enjoyed inflicting horrifying tortures on her and on Theon Greyjoy. At that time, Brandon Stark ran away from Winterfell and went beyond the wall in search of the three eyed Raven.

However, while running away from Ramsay, Bran sent the youngest Stark son aka Rickon Stark to the House of Umber, along with Osha. Yes, you heard it right! The youngest Stark son, who has been missing from the show for more than a season, is about to make a comeback. And this is bound to change the entire equation in the north!

With Sansa having slipped away from the clutches of Ramsay Bolton, a villain most people consider as a dreadful replacement of Joffery. At the moment, the barbaric Ramsay has no Stark left in his captivity to snatch power from the hands of Lannisters in the Kings Landing. He needs a Stark kid, to blackmail the other houses of the North and to march towards the Iron Throne. Looks like Rickon Stark might be the perfect match for him!

It seems possible that Jon Snow’s decision to let wildings enter, might not have gone down very well with the Umber House.

According to the sources, the House Umber will break their oath to the Starks and will hand over Rickon to Ramsay, which will give him a leverage on the Starks, and particularly on Jon Snow. This will surely have a massive effect on the entire game.

If indeed House Umber, decides to shake hands with Ramsay, then a fight between Jon Snow, leading army of wildlings and House of Umber headed by Ramsay, is inevitable. And the consequences of that fight will definitely by catastrophic.

For those who don’t know, House Umber is one the northern most Houses of Winterfell who had pledged their alliance to Lard Stark.  Even after the takeover by first Theon Greyjoy and then by Ramsay Bolton, they had held their oath to the Starks. However they also have a deep hatred for wildlings, who have been responsible for destroying their villages for over many decades.

With winter approaching soon and troop of dead walkers, ready to attack the wall and an ensuing fight between Jon Snow and Ramsay ,what eventually happens in North we will have wait and watch.