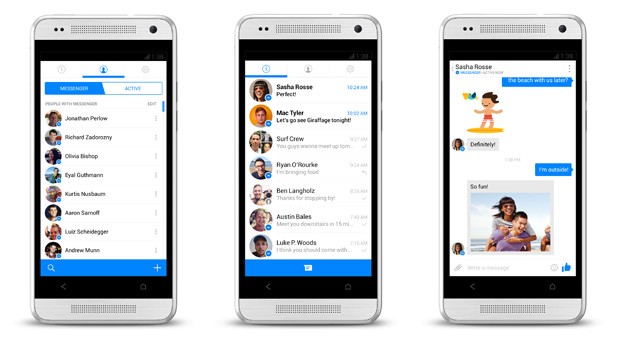 Though Facebook has been testing multiple account support for Messenger for a while now, it’s finally making the feature official starting today.

With the most recent update, Messenger users on Android can now switch from one account to another using a single device. Users can add accounts to Messenger via a new Accounts section in Settings, and you don’t need to be on Facebook in order to sign in.

If you are concerned about your friends and family reading your messages, now, there is a safeguard against that too. You’ll be asked for your password the first time you switch accounts, and from there on you can choose if you want it required all the time.

There will be a separate notification every time the message is sent to a different account, other than the one that is active. The message will remain private until the account is switched over. If this looks like a feature that is useful to you, do head over to the Google Play Store and install this update.

As for the Messenger, it is Facebook’s most sought after and growing product. With 800 million monthly active users, the app has definitely grown a lot.

Another recent development regarding the app came in the form of a leaked document that gave the proof that Facebook may be looking at putting ads. This is the first move by the company to monetize the app. The catch of this news is that the businesses could now send promotional ads to those people who have liked their pages and have indulged in a conversation via the Messenger with them.

With these updates, it does look like Facebook is starting to change the Messenger into an, even more, productive app. The addition of the multiple account feature will surely prompt more people into installing it.