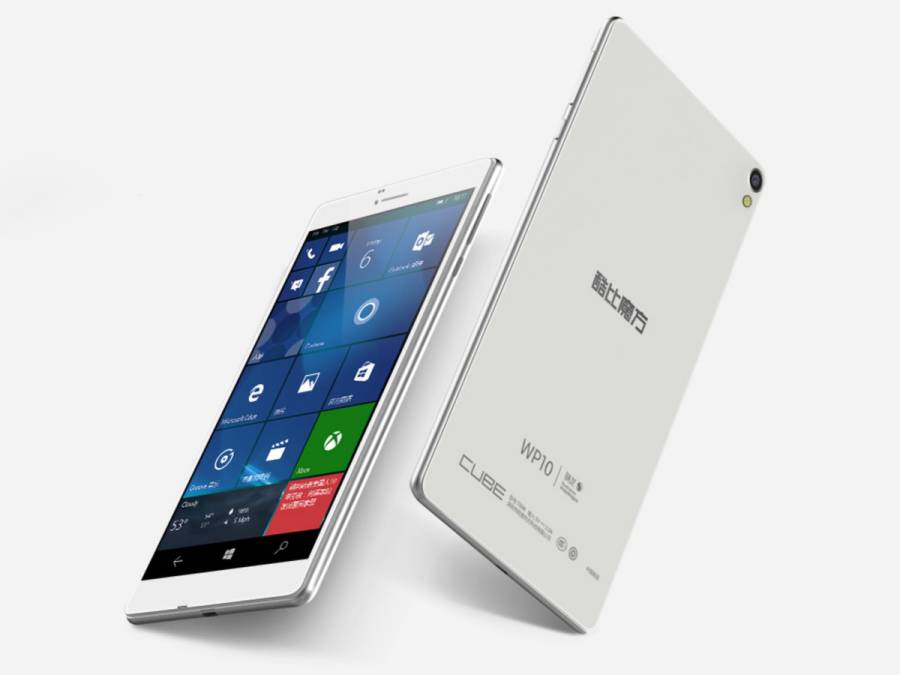 On November 18, 2016, Windows Central unveiled the Cube WP10, the first Windows 10 phablet that made it to the market. It is rare because only a few OEMs have shown interest in building tablets running on Windows 10.

Cube, a Chinese company, made the Cube WP10 as a budget phablet to appeal to the low-end spectrum of the market.

However, Windows Central’s Zac Bowden presents the device as the first tablet to run on Windows 10.

There have been a couple of small companies that have announced similar projects, but the first one to release was the WP10 in August this year.

Cube’s phablet has a Qualcomm Snapdragon 210. Qualcomm built the quad-core processor on the 28nm structure, and it runs at 1.1 GHZ. With 2GB RAM, people can go through their favorite apps in a smooth and seamless way on the Cube WP10.

The tablet has a touch 6,98-inch HD screen (1280 x 720). Both the primary and the front camera have a 5mp resolution. The Cube WP10 has an Adreno 304 to handle the graphics without overloading the CPU.

The Cube WP10 has only three buttons, one to turn it on and off, and other two to control the volume. It also has a 3.5mm headphone jack, a USB connector, two SIMs slots, and a microSD slot.

The tablet comes with 16GB storage capacity, but users can increase it to 128GB with a MicroSD card.

Pros and cons of the up-and-comer Cube WP10

The Cube WP10 is a low-end phablet, perfect for the everyday user that does not need fancy features like 4K capabilities or a full HD screen. However, the processor and RAM are good, so using it will not be a frustrating experience for anyone.

As mentioned above, it is the first tablet running on Windows 10 to make it to the market. Microsoft has spent the last year, or so, into making Windows 10 Mobile the most secure OS for smartphones.

Windows 10 Anniversary Update enhanced all the features including the security at the store and the new changes in the Edge web browser. However, the Cube WP10 does not support that version of the OS yet.

There is also a problem with the size of the screen. That version of Windows 10 was not made for 7″ screens, and it is noticeable.

In spite of the minor flaws, Cube sold out all the WP10s in a couple of months. People who want to buy it will have to go to a retailer and pay between $120-$150.

The box comes with the phablet and the USB cable. The WP10 is available in white only and supports 4G connectivity.

Even though the Cube WP10 is one of the modest options in the market, it has a comfortable screen size with a decent resolution, a right combination of processor and Ram, and all the features Windows 10 Mobile has to offer.