The Microsoft Windows 10 event took place today, October 26, in New York City, starting at 10 a.m. ET. The presentation featured many speakers who introduced some new devices and a dedicated update for Windows 10, which caters to the creative world.

The event opened with Terry Myerson, Executive Vice President of Windows and Devices at Microsoft. He highlighted Microsoft’s belief that each user is uniquely valuable and that there is a device for anybody and everybody, which translates to the company’s mission.

He showed many examples of users around the world utilizing Microsoft’s various technologies to create communities, learn new things, and lead better lives. He mentioned the Xbox One and the Holo Lens, among others, as a primary example before moving onto Microsoft’s upcoming projects, including the Creators Update for Windows 10.

The OS upgrade will be available this spring, Myerson noted, completely for free to every device running Windows 10.

Myerson named the three most important updates that the new OS will include. The first one is a new vision for ‘mixed reality,’ a combination of virtual reality, augmented reality, and holographic technology. Secondly, better 4K gaming and streaming, and third, better sharing between Windows devices for everyone. 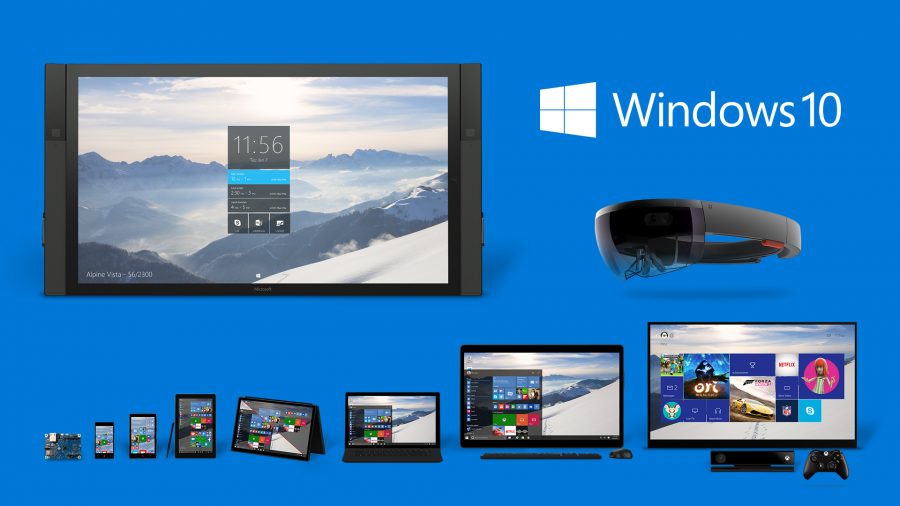 Accompanied by Taj Reid, also from Experience Design, Saunders later explained that Microsoft Edge would also work with 3D by teaming up with the HoloLens. Reid showcased the various mixed reality functions that users can access in Microsoft Edge.

HoloLens will allow users, as demonstrated by Reid, to take a 3D look at 2D objects and see how they would look in the real world. He created 3D furniture, taken from the home design website Houzz, and placed it around the stage.

The HoloLens VR skills will take users into HoloTours around the world, using 360° imaging for immersive experiences that users can access from their web browser.

Jenn McCoy, from the Xbox team, made three important announcements regarding the console. They included Game Broadcasting (which has become an important part of the gaming community), an update to the Microsoft Arena, now allowing players to create their tournaments, among other things.

The Creators Update will also bring Dolby Atmos audio technology to 4K gaming on the Xbox.

Windows People will enhance communications with users’ ‘key people’ for faster sharing of content, and also a way to keep in touch with those important individuals better, using 3D objects to call their attention, and integration with alerts from other Windows devices.

His address also featured the unveiling of the all-in-one Surface Studio desktop PC, which has an Intel i7 processor and can hold up to 32GB of memory and 2TB of storage, also available for pre-order today, and its Surface Dial Companion.

Microsoft’s CEO Satya Nadella closed the event by addressing all of the products mentioned above and OS updates collectively in conjunction with the company’s vision for the future.