The King of Atlantis won’t show up alone in next year’s ‘Justice League.’ Warner Bros. Entertainment and DC Films have revealed the first images of the American actress Amber Heard as Mera, Queen of Atlantis and Aquaman’s wife.

The first look at Mera follows the news of principal photography wrapping up in the U.K. and moving on to Iceland this week. Zack Snyder is directing the film scheduled to premiere in November 2017. ‘Justice League’ was first announced as a movie split into two parts, but there will be two separate original installments.

As for Amber Heard, the actress is coming back to the spotlight following a troubled relationship with Johnny Depp. The 30-year-old actress ended her marriage with the ‘Pirates of the Caribbean’ star after a divorce settlement last August. Heard is expected to reprise her role as Mera for the standalone ‘Aquaman’ film in 2018.

Aquaman and Mera will have new origins in ‘Justice League.’

It is no secret that Aquaman is not exactly the most compelling superhero of the DC roster. Ever since his introduction in 1941, the King of Atlantis has enjoyed of a cult following dwarfed by other superheroes like Batman and Superman.

The DC Extended Universe intends to do right by Aquaman, revamping the character’s story to fit a more modern take. The new submarine hero first appeared on screen last year in ‘Batman v. Superman: Dawn of Justice’ played by Jason Momoa of ‘Game of Thrones’ fame. 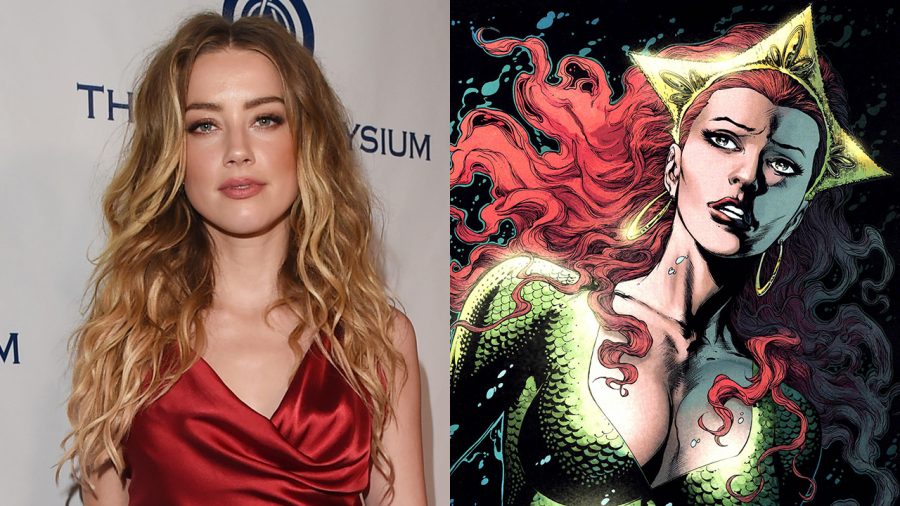 Momoa’s Aquaman is not the original superhero from the 40s or following comic book ages, but a new version debuted in the ‘Aquaman: Sword of Atlantis’ series of 2006. Arthur Joseph Curry is the actual identity of the Aquaman we will see in the ‘Justice League’ film next year.

This new take on Aquaman lies more heavily on the fantasy and mythology of the character, with Mera being not as heavily featured as in other comic book runs.

The Atlantean power couple will most likely have a new origin in line with the source material. This story, however, is expected to be the subject of ‘Aquaman,’ the standalone 2018 film. Fans hope iconic villains of the comic book series like Black Manta also to show up.

Saw this hydrokinetic vision come out of the sea and snapped a photo with my Leica. pic.twitter.com/rwU54XzScK

Jason Momoa and Amber Heard will star in ‘Justice League’ alongside an ensemble cast of big Hollywood names. Henry Cavill as Superman, Ben Affleck as Batman, Gal Gadot as Wonder Woman, Ezra Miller as The Flash, and Ray Fisher as Cyborg will join forces as the main heroes of the film.

‘Justice League’ opens worldwide more than a year from now, on November 17, 2017.