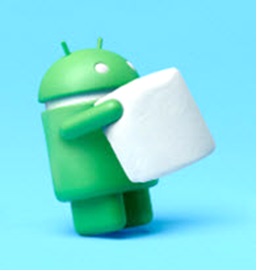 Samsung announced that it plans to release more often security updates and fixes that concern the operating system (Android) that is being used for its smartphones.

The said strategy is probably a reaction to the recent StageFright that was discovered to devices with Android 2.2 or a more recent version of the Android operating system. So, in order to deal more efficiently with future similar situations, Samsung said it will release security upgrades over-the-air, once per month.

According to Korean company’s announcement, a collaboration has started between the carriers, in order to fix directly the StageFright vulnerability, which can allow hackers to take control of a device, through an infected MMS.

Correspondingly, Google – the creator of Android – announced that it will also offer monthly security updates for the Nexus series, while at the same time all updates versions that have to do with all other users will continue as they were.

The first security patch by Google with which the company will deal with the StageFright vulnerability, is about the Nexus 4, Nexus 5, Nexus 6, Nexus 7, Nexus 9, Nexus 19 and Nexus Player. As the American colossus states the Nexus series get security updates for 3 years after their release, or for 18 months after their last Google Store purchase.

Despite the fact that the vulnerability mentioned above has been found to Android smartphones that were manufactured by other companies, such as LG, Lenovo, Huawei etc, Samsung is the only one who seems to be making a move fast and efficiently. So one would expect that this step will make Samsung even more trustworthy when it comes to security issues. But in reality, we’ll have to wait and see for that, as Samsung has found itself involved in numerous scandals in the past, and most of them had to do with security issues. So until the next security update, we shall wait.