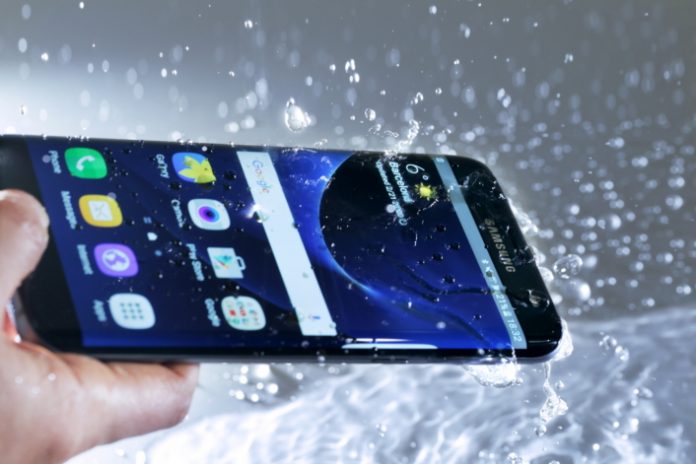 Have you locked your eyes on a Samsung Galaxy S7 yet? Well, maybe you should think twice before reaching out to purchase one, because teardown experts at iFixit found it nearly impossible to make DIY repairs on the device.

The Galaxy S6 last year scored a dismal 4 out of 10 on iFixit’s index, making it terribly difficult to repair. The Galaxy S7, however, is a step lower, and iFixit notes that repairing or replacing parts is near impossible without possibly cracking the display in the process. All that, due to gobs of glue that hold the handset together.

More specifically, iFixit reports that a number of components are modular and can be replaced independently “once you’ve muscled your way past all the glue and glass, anyway.“. That means that those can, at least, be easily replaced without digging in deeper than the back place.

Digging deeper on the back of Samsung’s upcoming flagship, the site mentions: “Although the battery upgrade means more time to binge on apps and games, the battery itself is well wedged and adhered in place, making extraction a little tough. If it wasn’t designed to be readily removed, then it wasn’t intended to be repaired or replaced. Boo.”

Experts also brought the Korean smartphone manufacturer’s “liquid cooling” system on the spotlight, which admittedly was not as exciting as the company described it during the phone’s launch event at MWC 2016.

All in all, the Galaxy S7 scored 3 out of 10 (its predecessor got 4 out of 10). iFixit finishes off its teardown by pointing out that “Front and back glass make for double the crackability, and strong adhesive on the rear glass makes it very difficult to gain entry into the device” and “Replacing the glass without destroying the display is probably impossible”.

So unless you’re the type who never gets involved with DIY repairs, you should probably think again before breaking spending all your piggy bank money on a flagship smartphone that should be bundled with a Protection Plus insurance as well.