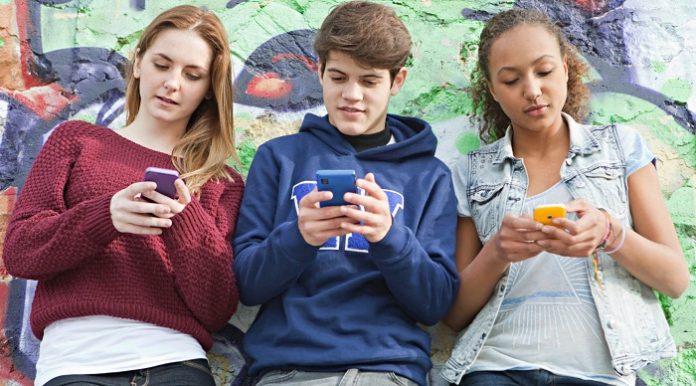 A new study conducted by Common Sense Media revealed that more than 50 percentage of teens in the United States of America are digitally addicted to their mobile devices. As per the study, more than two third of the parents in the country believe that teens are spending more time on smartphones, and this fact has been agreed by more than 52% teens. News about this finding first came in Fortune on May 08, 2016.

During the study, common sense media surveyed 620 teenagers and 620 parents. The research also found that increased dependence on mobile devices is now turning out to be a reason of tiff between parents and children.

More than one-third of the parents and teenagers used to argue about the overuse of mobile devices, and in most of the cases. This used to create friction among them.

The poll indicates that 80 percentage of teenagers used to check their phones on an hourly basis while 72 percentage believes the need for prompt response.

Cell phone addiction is something very similar to Internet addiction, and it is a real thing which should be dealt with care. Notifications from social media platforms like Facebook and Twitter are known for providing jolts of pleasure similar to the effects of drugs and other stimulants.

The concept of Cell phone rehabilitation centers are already popping around the United States, and it will surely gain more popularity in the coming days.

Twenty Seven Percentage of parents too agreed that they are addicted to mobile devices. The most alarming fact is that these parents used to text their kids while driving vehicles.

From the study, we can find that more than 40 percent of teens are trying to cut down the time which they are spending in front of these devices.