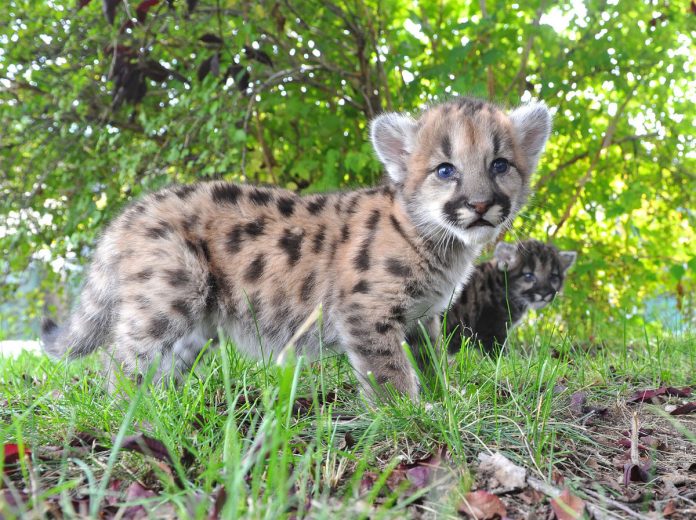 The male and the female kitten have been named P-47 and P-46, respectively and according to a statement by the National Park Service, the park rangers had found them in a remote area.

According to Jeff Sikich, the kittens are very important indicators of the fact that despite the recent developments in the area, the mountain lions are continuing to reproduce.

“These kittens have many challenges ahead of them, from evading other mountain lions, to crossing freeways, to dealing with exposure to rat poison,” Sikich said in a statement.

Biologists have put tracking devices on the kittens and have been monitoring their mother, P-19, since 2010. They are now in the process of testing out the DNA to find out if they are the offsprings of their mother’s father, P-12.

According to the statement by the officials, inbreeding is a serious threat to the population of these felines and they are essentially trapped by development “on an island of habitat.”.

Due to the fragmentation of their habitat, the mountain lions are vulnerable like other animals in the area.

“A proposed wildlife crossing over the 101 Freeway in Agoura Hills would connect large swaths of natural land from the Santa Monica Mountains to the Sierra Madres,” the National Park Service mentioned in a statement.

Th National Park Service has been involved in the studying of the Mountain Lions in the area since the year 2002.