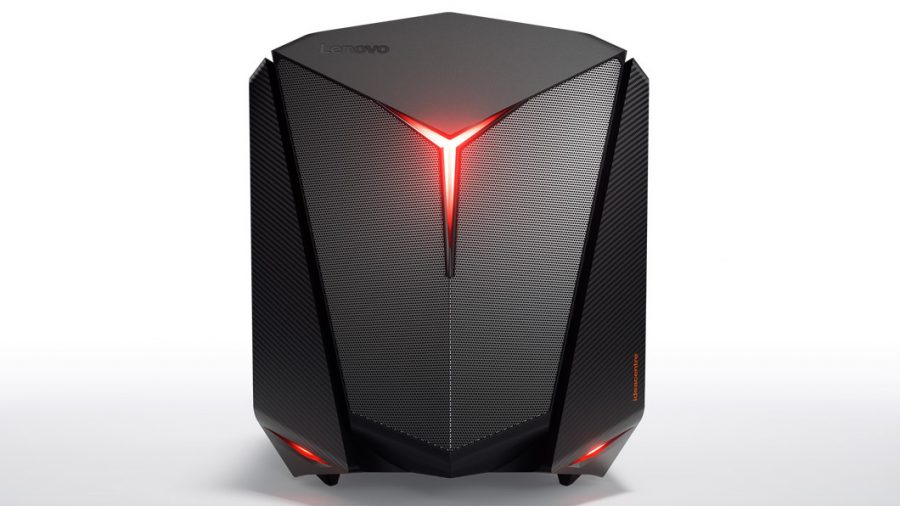 Chinese tech giant Lenovo recently released the IdeaCentre Y710 Cube, a compact gaming PC with great amounts of power to deliver excellent performance to both workers and gamers. It starts at $1,699, and it is readily available from Lenovo, Microsoft, and select retailers.

Lenovo is not innovating only in the PC realm, but also in the mobile front. The company recently released the Tango-enabled Phab 2 Pro in the U.S. for $499. Lenovo plans to reveal next-gen Motorola smartphone models later this November.

The most outstanding characteristic featuring the Lenovo IdeaCentre Y710 could be its fantastic design. ‘The Cube’ performs and looks like something out of this world, with its black geometric design, sharp lines, and red accents and lights to top it off.

The Lenovo IdeaCentre Y710 Cube is a powerful machine, conceived to be a gamer’s choice both at home and on the go. With 15.48 inches long, the gaming PC tower is approximately the size of a standard laptop and weighs just over 16 lbs.

The Lenovo PC comes with the latest generation of Intel Core i7-6700 processors, and it offers two options for graphic processing: either a NVIDIA GeForce GTX 1070 or 1080 graphics card with 8 GB of GDDR5X memory. Both GPUs support VR and 4K gaming.

The hybrid storage on the Lenovo IdeaCentre Y710 Cube consists of up to 2 TB of HDD space plus 256 GB on an SSD. The Cube has up to 32 GB of DDR4 RAM, and its Killer Double Shot Pro system provides faster internet by supporting both Ethernet and Wi-Fi connections simultaneously.

The IdeaCentre Y710 Cube from Lenovo has a Nerve Center feature to control the red lights of the case, and a dedicated Xbox One Controller and Receiver button that automatically pairs with up to 8 wireless controllers.

Lenovo offers four different Y brand accessories for the IdeaCentre Y710 Cube. Users can buy these separately or bundle them with the Windows 10-running PC upon purchase.

The Lenovo IdeaCentre Y710 Cube is currently available starting at $1,699 with base specs, or $1,999 for top performance features. Microsoft and Lenovo sell the Cube online and on select game stores from third-party retailers.