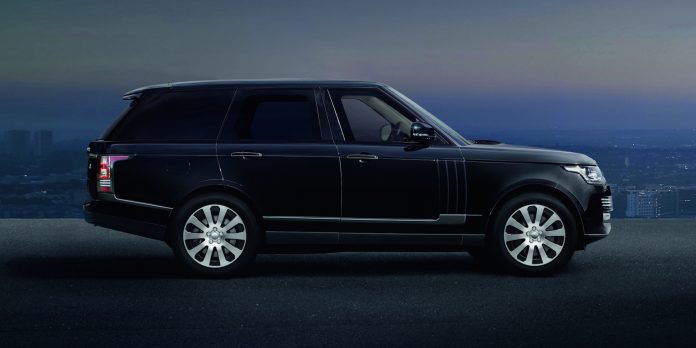 Ok, so the world is clearly not full of flowers and butterflies – even though that would be great. There are also many dangers waiting for you out there and some are much deadlier than others, depending on the level of dangerous activities involved etc.

Land Rover took its role serious on this topic and decided to provide the ultimate protection car, a bulletproof Range Rover called “Sentinel”. This one combines the luxury of an ordinary 4 x 4, with the capability of withstanding grenades and gunfire. Some even refer to the Sentinel as a “mobile fortress”. The car is all set to make its debut at the Defence and Security Equipment International (DSEI) Show that will take place in London later in September.

Land Rover has decided to keep the details of the armour protection technology and materials used, for its own. All we know for the time being is that there is six-piece armoured passenger cell made of high-strength steel.

In more details, the Range Rover Sentinel is the first car to be fully engineered by Tata Motors and comes with a VR8 level of ballistic resistance which means that 7.62mm armour-piercing bullets, up to 15kg TNT bomb blasts have no chance against it.

And there’s more. There is actually a lot of power coming from 340hp 3.0-litre supercharged V6 petrol engine which has replaced the diesel unit from the Autobiography. Among other back up tools in the Sentinel, one can find a self-sealing fuel tank, a secondary back-up battery and an anti-smash protective glass over the boot.

Pricing is announced at $645,000 while other sources mention that the price starts from 400,000 euro (approximately $445,000) and Land Rover includes a full driver training in the price.