U.S. Alphabet Inc. (NASDAQ: full resolutionGOOGL) and its child company, Google, started a new “Made by Google” era. The flagship Pixel devices are the first phones ever to sport a “G” logo on their back and wearing Google’s software and hardware inside and out.

The Pixel Pixel and Pixel XL phones are boasting a series of features that could shake their rivals: the best camera on a smartphone ever, the first devices to feature Google Assistant and unlimited cloud storage for full-resolution videos and images.

Since they are Google phones, they will always be the first to get Android updates. Nougat 7.1 OS brings security upgrades and updates every app automatically in the background. Pixel phones will also be the first to support the Daydream VR set.

HTC built the Pixel devices. The tech giant is taking full credit for their design and makes it explicit with its “phone by Google branding.” The pricing starts at $649 for the small Pixel with 32GB storage, and the price goes up to $769 for the Pixel XL with 128 GB storage.

The phones are available for pre-order. They will release worldwide on October 13. Google is teaming up with Verizon to make the phones available in the United States at retail outlets of the carrier and Best Buy stores.

The smartphones will be available in Quite Black, Very Silver and Blue color variants.

The back glass features Pixel Imprint, Google’s fingerprint sensor on the back of the phone. Users could even swipe it to access notifications. The Pixels have 2.5D Corning Gorilla Glass 4 on the front display and back glass to protect the aluminum body.

The Pixel phones have the best camera in the market 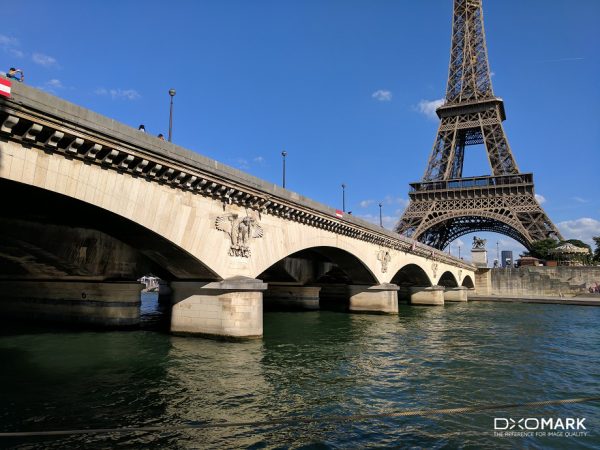 DxOMark is the go-to rating for portable cameras, and Pixel is at the top. The Google phones scored 89 points on the test, the highest score ever.

The handsets sport a 12.3 MP rear camera and 8 MP front camera. The wide array of features make it an excellent choice for many purposes including outdoor, low-light conditions, indoor places, and flash photos.

Pixel brand had an enhanced version of Google’s HDR+ to get photos with lower noise and extended dynamic range, and the Lens Blur option to improve the depth of field and highlight the subject on the front of the picture.

What’s more, as a special bonus for Pixel owners, Google is including a free unlimited storage for original photos and videos at full resolution in Google Photos