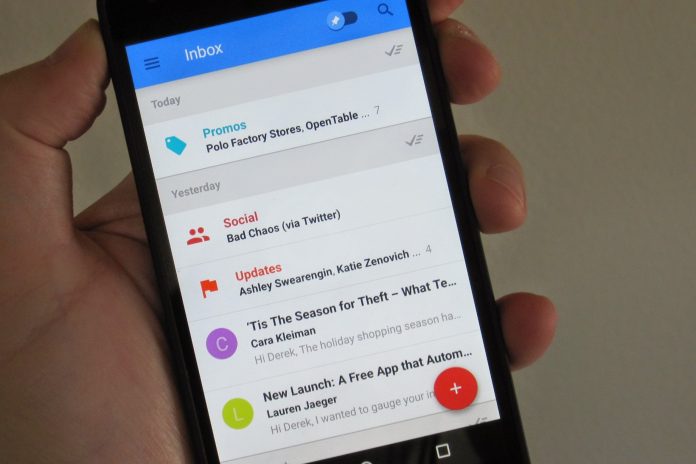 Now that Mailbox has been officially discontinued, you will have to look for new email application for your device. There are several good options out there, however, Google’s Inbox has been near the top of the list for over a year now.

Apart from having good specs, the best thing about this app is that it has continued to receive significant updates over the months. The latest update is rolled out today.

Google has announced that the snooze feature is getting only a makeover and addition of several small, but much requested features.

As for the addition, Google has added two new snooze times to the list, Later this week and This weekend. By giving users more choices from the main menu, Google is hoping that they will have to resort to custom snooze less often.

The company has also given users an option to set which days will be counted as weekdays. It believes that this will help those people who don’t have a standard Monday-Friday type of workweeek.

Google has been quite active when it comes to making changes on its products and applications. Recently, the company has added the voice typing and editing feature to the Google Docs. This feature is not a standard voice recognition application, as it also allows the users to edit a document with just his voice.

Furthermore, the tech giant has also worked hard in making sure that this feature has the least number of mistakes and glitches and the user is able to interact with it in the most natural way to get equally good results.

Did you check out the refreshed Snooze feature thanks to Google’s latest update? Feel free to let us know in the comments below.