Last week, the U.S. Patent and Trademark Office granted a patent filed by Apple in late 2014 about foldable and bendable iPhone concepts. The company would use innovative carbon nanotube structures for flexibility in the potential future devices.

The new patent reports come nearly two months after the launch of the iPhone 7 and iPhone 7 Plus. In spite of introducing real advancements to the realm of smartphone technology, Apple has reported ongoing revenue losses on top of mixed receptions of the handset.

The company famously cited ‘courage’ as the reason for this new direction it is taking across its entire product lineup. Most recently, Apple faced the backlash from fans and the online community following the underwhelming reveal of the new MacBook Pro.

Apple kept the foldable iPhone patent secret from the world

It is not a strange practice for companies to file all kinds of patents for everything they conceive or might develop in the future. The new bendable and foldable iPhone concepts by Apple are no different.

In fact, this last patent from the tech giant is apparently the third of its kind according to Patently Apple. The specialized outlet first discovered the new document published in the records of U.S. Patent and Trademark Office.

Patently Apple notes that the concept dates from Q3 2014, according to the filing, and that it was previously unknown because Apple did not submit it as a company. Reportedly, they did so under the name of a third party to hide it from public knowledge. 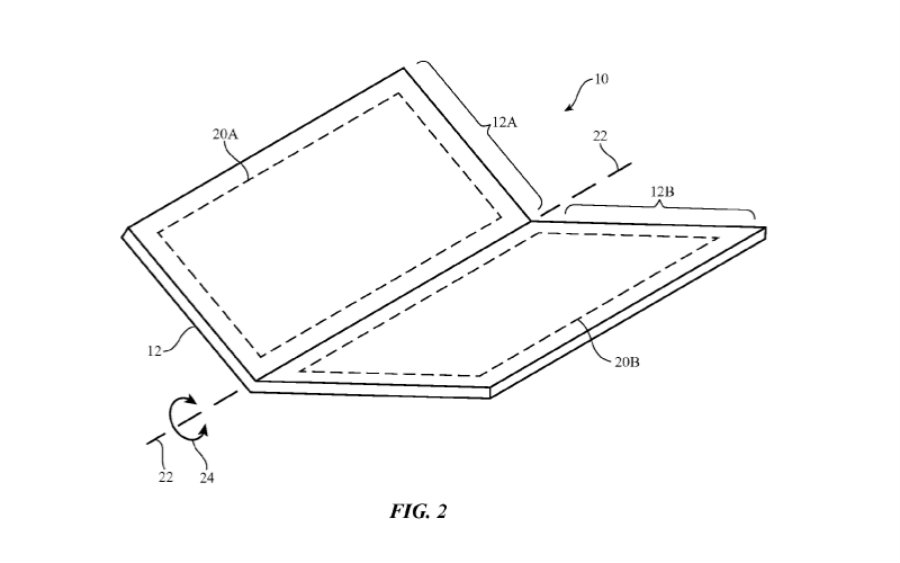 In the past, the likes of Samsung have filed several foldable and bendable device patents for approval from government bureaus around the world. The two companies may face each other in the market of new form factors in the future.

How would a foldable and bendable iPhone work?

According to the report, Apple would employ advanced carbon nanotube structures (CNS) to grant the capacity of folding or bending to the new iPhones. The company specified multiple ways in which it could make this happen.

Under these different arrangements, the new bendable iPhones could look just like a regular current-gen iPhone and have elastic properties. Foldable iPhones, on the other hand, would look much like a Nintendo 3DS in a smaller frame.