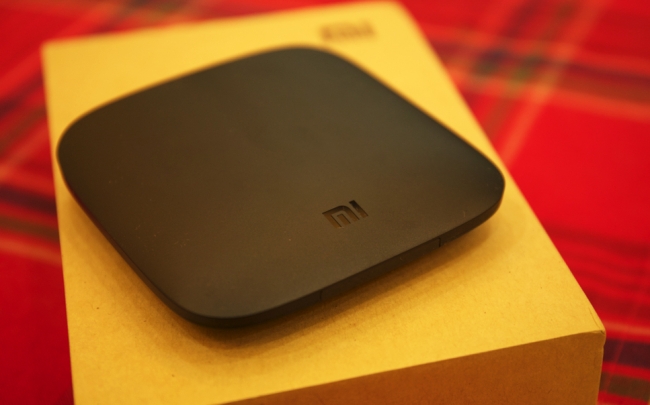 Xiaomi has announced the launch of the new Mi Box, which is a new 4K set-top box powered by Android TV. Announcing the development at the Google I/O conference, Google VP Clay Bavor disclosed that the Chinese smartphone manufacturer will be the first to establish a partnership with Google in its effort to making Daydream-ready devices, which is the an advanced mobile VR technology developed for the upcoming Android N.

Touted as a sleek device for the living room, the Mi Box design hs already received the famous Red Dot and Good Design awards. By integrating Android TV 6.0, the Mi Box ships with a wide range of content from various sources like movies, shows and games directly from Google Play.

Mi Box is amongst the first to make use of Daydream

Commenting on Mi Box, Hugo Barra, Vice President, Xiaomi Global, revealed that the product launch is a significant milestone for the company. He disclosed that Xiaomi worked in close partnership with Google to build a great product oriented to US people with the capability of delivering 4K HDR video including a wide range of content from various sources.

On the specifications front, the Mi Box features a quad-core ARM Cortex-A53 CPU, Mali 450 GPU, 2GB DDR3 RAM, in addition to an 8GB eMMC flash storage. It is also possible to extend the functionality of the box by adding storage via USB.

Talking about the audio segment, the Mi Box is capable of delivering rich audio via Dolby Digital Plus and DTS Surround Sound, thus bringing cinema-type user experience to your living room.

Advanced Bluetooth Remote control straight out of the box

Mi Box ships with a Bluetooth remote control with support for voice search and commands. You can simply speak into the remote to search for content. For example, if you speak “Leonardo Dicaprio’s Oscar movie“, you will be able to fetch the correct movie. It is also possible to modify channels, perform web search and launch apps by just speaking into the remote control, including the ability to use it as a controller for games.

As of writing this, we don’t have any information about the availability and pricing details.