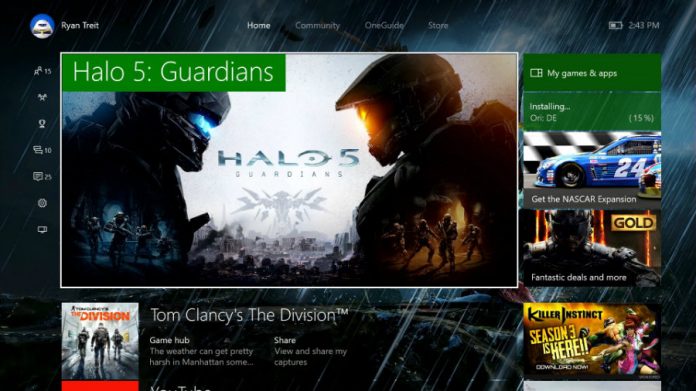 Microsoft announced today the latest system update for the XBOX One and the XBOX app. Back in June Microsoft revealed a preview containing a set of features that would be released for the Xbox One on the summer update, today, some of them are being released.

Cortana will be added to XBOX One, Music apps like Pandora will make background music possible, Microsoft will start combining the best of Window’s Store and XBOX Store to create a single coherent experience across devices.

The Pandora app to be released soon will be the first app that will let you listen to your favorite music while gaming on your XBOX one. Although Pandora is the first supported app for background music, there are more incoming.

The game collection was revamped to make it more user-friendly. Summer update is set to make the app easier and faster overall to find whatever you need.

Cortana will be available in the U.S and U.K. only after this update. Microsoft’s vision is to create a digital assistant for gaming through Cortana. Cortana voice commands will allow you to create a party, talk to your friends or just accomplish trivial tasks like turning on or off your console.

XBOX One will now allow you to use the language you prefer regardless of your of your location. It only applies to XBOX supported languages.

Microsoft will start taking the best aspects of each app to make a more familiar experience when browsing them regardless the device you are using. On XBOX One the app was streamlined, now you will be able to find users reviews easily, on sale titles, and even filter the games by genre.

As for the Windows Store support will be added to browse and purchase bundles, you will be able to redeem XBOX tokens, subs, games or DLC through the windows stone.

XBOX will also be adding the option to find Facebook friends on XBOX Live, by linking your Facebook account to your XBOX Live you will find Facebook friends who did the same playing on XBOX Live. The Shared Experience was also boosted, and it is easier to share accomplishments, achievements, screenshots or even clips right from home. Also, the activity feed setting will allow you to share results automatically.

Lastly, the XBOX app released back in E3 is now available for Android and iOS. This app is meant to keep you connected to the XBOX Live community regardless if you are gaming or not. You will be able to talk to your friends, share screenshots, game replays and view achievements on both Android and iOS devices.