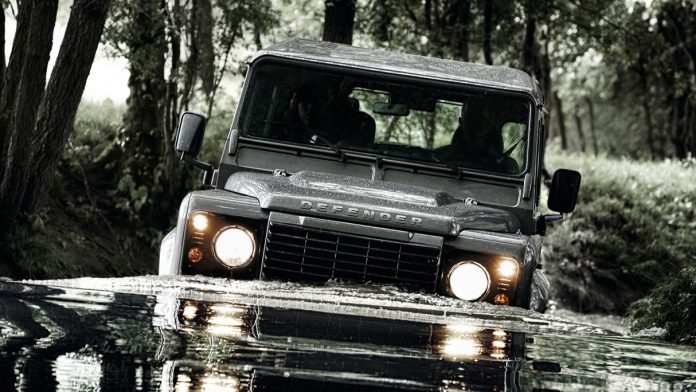 Footage from 1948 showing the original Land Rover being tested, ahead of its mass production, on an Anglesey beach has just surfaced on YouTube.

The video features two men travelling in the legendary off-roader, sans the roof and the car being able to successfully negotiate numerous sand hills and pockets of water on the beach. It then moves on to showcase two Defenders, one with a roof and one without it, driving along the side of the beach.

Furthermore, the film has emerged on the day the last Land Rover Defender rolled off the production line this morning. This car was dreamt of about on an Anglesey beach. The final Defender was produced by Jaguar Land Rover (JLR), at Solihull in the West Midlands at 9.22am.

Pop-culture is a place where the Defender is a substantial part of as well, featured in a handful of action movies, including James Bond Skyfall and Tom Cruise’s film Edge of Tomorrow. The Defender name could easily be tracked back to the 1990s.

Back in 1947, the engineering director,  Maurice Wilks, had sketched the shape for the original Land Rover on the beach at Red Wharf Bay, Anglesey and then had taken the idea to his brother Spencer, who was the company’s managing director, leading to the birth of an icon.

As for the specs, the car features a 1.6-litre four-cylinder petrol engine, which is able to deliver about 40kW of power and 108Nm of torque. Going over the design and specifications, it looks like the steering of the car is not good, considering the fact that three point turning had not made its debut with the first model of the Land Rover car. There’s no synchromesh in first gear, which would need double clutching for making sure that the gears don’t get crunched. As for the brakes, the car sports four-wheel drum brakes which go along with bar threads as tyres, which are just not made to make speedy turns on the roads, much less on slippery surfaces.

Live long and prosper Land Rover Defender – you will be missed!