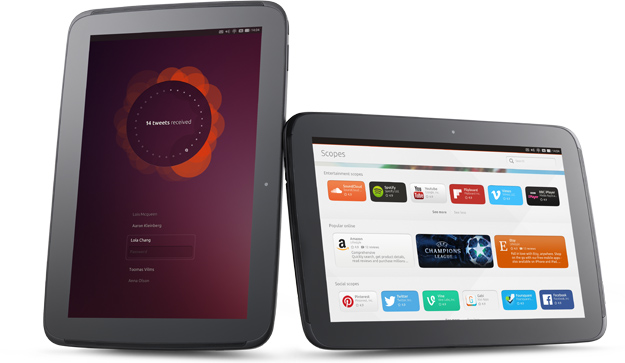 Some time ago, Spanish device maker BQ started promoting a new, Ubuntu-powered tablet, though the canonical was extremely silent regarding the whole issue. Now, the developers at Ubuntu have finally decided to get chatty about the whole release.

As expected, the device is just an Ubuntu-powered version of BQ’s existing Aquaris M10 tablet. The biggest difference is the new feature called “Convergence“. This is the first ever hardware update to the M10 that allows it to function like a full-blown computer when needed.

Here are the specs of the previously released Android device.

The M10 is powered by a quad-core MediaTek MT8163B processor, clocked at 1.3GHz along with 2GB of RAM and 16GB of internal memory that is expandable up to 64GB via external microSD card.

The device features a 5MP rear camera and a 2MP front-facing camera.

This is not the first time that we have seen Ubuntu’s foray into the tablet domain. They had released an Ubuntu installer for the original Nexus 7, and a preview version of Ubuntu Touch was made available for the Nexus 10. It is, however, a bit surprising that they chose to wait for this long releasing a dedicated tablet, though, we are not complaining – better late than never.

The app store is something that Ubuntu will have to work on if they are looking to attract the attention of potential buyers, as the tablet market is highly competitive and rich of diverse apps and features. Only the release of the tablet and future upgrades to the touch-based operating system will tell how the tablet will do in the market.