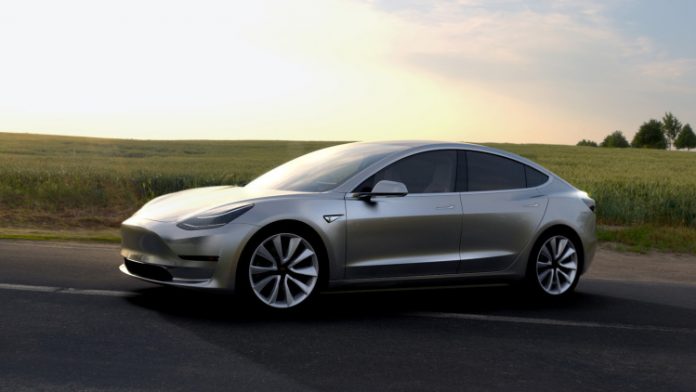 Tesla founder and chief executive Elon Musk say pre-orders of the firm’s much-anticipated Model 3 electric car currently amount to a total of 276,000. The five-seater, which is the lowest priced car that the company has released till now, was revealed on Thursday.

Mr. Musk had tweeted the total number of orders that were received by the end of Saturday. However, do keep in mind that these pre-order numbers don’t reflect the actual sales number.

Also read: Tesla Model 3 Vs Chevy Bolt 2017: Which is the REAL value for money?

The preordering can be done is dozens of countries including the UK, Republic of Ireland, Brazil, India, China and New Zealand.

Potential buyers will have to put down $1,000 deposit to reserve their car. The interest has been so high  that Mr. Musk tweeted the company was “definitely going to need to rethink production planning“.

According to the planning that Mr. Musk had done earlier, he said that his goal is to produce about 500,000 vehicles in a year. That too when the production line is running at its full capacity.

Last year, Tesla had delivered 50,580 vehicles, most of which were Model S saloon. The car had exceeded Nissan’s Leaf and had become the world’s best-selling car in the pure electric car category.

This had left Tesla with a net reserve of $1.2bn as opposed to the $1.9 billion from the previous year.

The main competition for the company includes General Motors’ Chevy Bolt and BYD’s Qin EV300, both of which lie in similar price range.

Did you pre-order the Tesla Model 3? Let us know in the comments below.