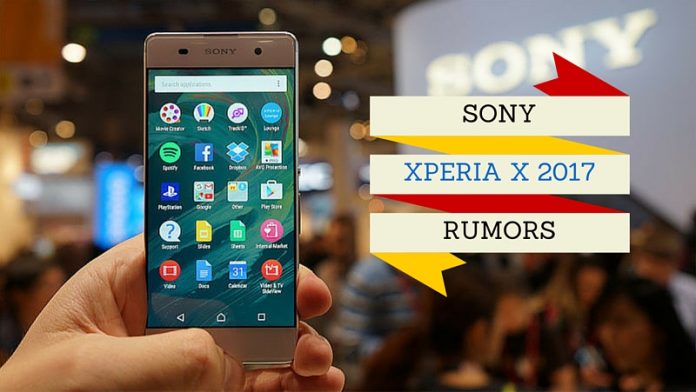 Sony is expected to release the next version of its flagship Xperia X 2017 device with new features by Q1 2017. If rumors are to be believed, Sony will launch two variants of Xperia X 2017, although there is a possibility of another model. Here is what we have heard about the Sony Xperia X 2017’s specifications, features, release date and price.

To kick things off, there are unconfirmed reports that Sony will integrate dual-lens cameras along with all the devices shipped after January 1.

According to Kenichiro Yoshida, Sony CFO, the company has developed a unique dual-camera technology, which would be adopted by major smartphone manufacturers in 2016. He revealed that the total smartphone market share is coming down in 2016 and will pick up by 2017 when the adoption of dual-camera smartphones gains momentum.

In fact, the upcoming iPhone 7 Plus and LG G6 are expected to ship with dual-camera lenses, which have significant advantages. You will be able to capture stunning images even in low-light conditions since there are two separate sensors inside the smartphone.

According to analysts, smartphones will take over digital camera industry by the middle of 2017, when we can expect the launch of several devices with dual-lens cameras.

Both devices will provide the capability to expand the storage up to 512GB since we can expect the release of 512GB SD cards by the end of December 2016.

Moreover, the Xperia X 2017 series will feature curved glass display, metal body structure and a significantly higher battery with X1 Power occupying 5,000mAh battery. However, the low-end version will be powered by a 3,500mAh battery.

With the addition of several new features, the price of the device will also increase. We expect the price to shoot up to $800 for an advanced version of Xperia X 2017.

Editor’s note: The particular info is based on early rumors about the device, hence none of the above is confirmed to be featured in the final product — some of which could be, though.