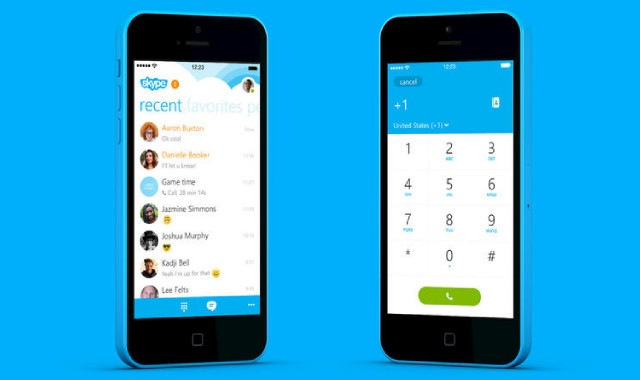 Last month, Microsoft had promised to add group chat functionality for smartphones and now it is rolling out to iOS and Android. The company will enable this option on Skype accounts in Europe and the US today, and expects to complete the roll out over the next week. According to the announcement by Microsoft, the feature will be available worldwide in March.

For the group chat, Microsoft is allowing up to 25 people. The person who is talking will be displayed in the center of the screen. Intel has worked closely with Microsoft to enable its SILK Super Wide Band audio codec to run on Azure cloud servers powered by Intel’s processors, allowing Microsoft to offload some of the processing power required for such large conversations.

Along with the video call out, Skype is also extending its invitation feature to Android and iOS. This feature will allow users to invite multiple people for chat on the Skype app and the Skype for Web service as well.

The Redmond giant is definitely not the first to introduce this service to the people. Earlier, Google had presented this feature to its Hangouts app. For Hangouts, it has long supported up to 10 people on the same video call, but Skype’s 300 million users means this is a significant addition.

Did you download the latest update on your iOS or Android device? Let us know of your experience in the comments below.