Samsung has a premium Chromebook in the works. The Korean tech powerhouse is developing a hybrid Chromebook with high-end specs and features. Keen-eyed enthusiasts found out about the upcoming laptop through a leaked promo page on Samsung’s domestic site over the weekend.

Samsung’s upcoming Chromebook hits the web as the company is currently fending off a PR catastrophe starring its Samsung Galaxy Note 7.

The tech giant had recalled the mobile device a first time due to an exploding battery hazard, and a second time when the new smartphones presented the same failure.

The new Chromebook by Samsung would be the first laptop running Chrome OS that hit the market in September.

The much-expected Chromebook by Samsung has been in the eye of tech enthusiasts worldwide for quite a while. The device, codenamed ‘Kevin’ up until now, has an official name now: Samsung Chromebook Pro.

The Pro first appeared in a few official websites from retailers like B&H and Adorama before popping up on Samsung’s site for a brief time. However, it was more than enough for people to get a good look at the new laptop. 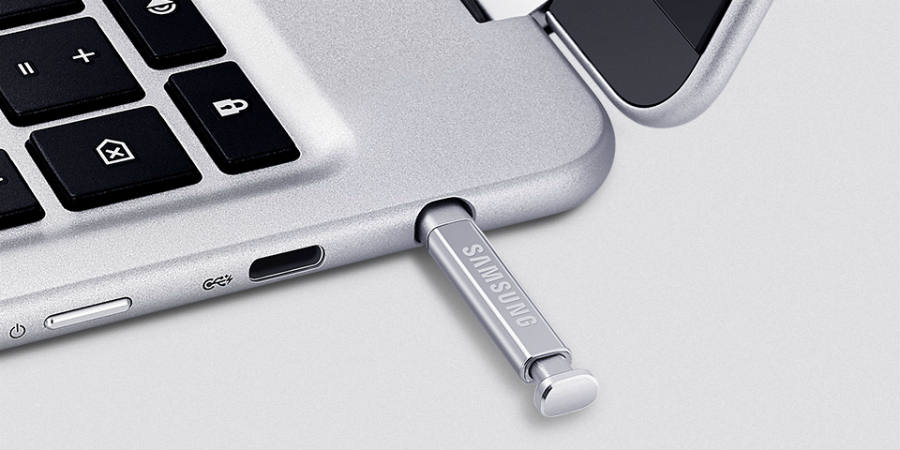 Samsung’s Chromebook Pro will come in an all-metal body with a black frame around the screen and on the keyboard keys, similar to the MacBook Pro. The 12.3-inch rotating display will also be touch-enabled and will feature a 2400 x 1600 resolution.

The upcoming Chromebook Pro will be only 13.9 mm thick, and it will weigh just 1.08 kg. Samsung will include three ports in the device: two USB-C ports, and, strangely, an SD card slot. It will also have a headphone jack and the standard power outlet.

Under the hood of the Chromebook, there is a 2 GHz hexacore Rockchip processor, 32 GB of storage and 4 GB of RAM. These specs are top-of-the-line for a Chromebook.

Moreover, a unique feature of the Samsung Chromebook Pro is that it comes with a stylus dubbed just ‘PEN.’ The battery life on the device reportedly lasts up to 10 hours of continuous use.

Although Samsung has not disclosed how much the Samsung Chromebook Pro will cost, the sighting of the device in sites like B&H shed light on the price.

Retailers briefly had the Samsung Chromebook Pro listed for $499. What’s more, the Adorama site still has it available for pre-order. Further details suggest the Chromebook will launch on October 24, at least in the U.S.