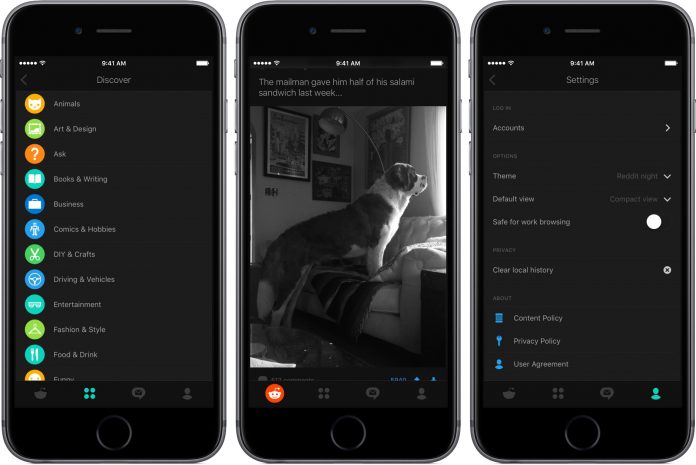 After years of anticipation, the popular social network, Reddit, has finally launched its official application for both Apple’s iOS App Store and Google’s Android Play Store.

Like aforementioned, users of the platform have been long waiting for the development of an application from Reddit itself, though, in the meantime, a handful of third-party variants were able to cater users’ needs. The most popular amongst them was Allien Blue.

The latter was that good, that, in fact, Reddit acquired it back in 2014, and when the company decided to invest resources on the mobile app, the original plan considered Allien Blue as the fundament of the project – meaning that they would work on the existing app, rather than launching a new one.

Though, Alex Le, Reddit’s Vice President of Consumer Product, when he joined the team in November and started efforts to improve Allien Blue, eventually realized that it would be more practical to just develop an all new, official Reddit app.

Reddit is aiming for “faster, more modern and more usable,” experience with the new app, the VP claims. 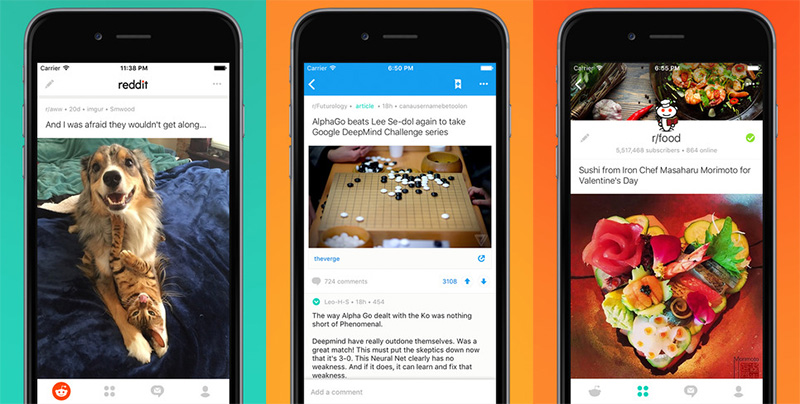 Moreover, the fact that 50% of the network’s users stem from mobile — both a web browser or a third-party app — was one of the most significant factors that made Reddit shift its emphasis on mobile. Since a substantial and growing proportion of its user base favor mobile, it was necessary to offer a much-improved experience while accessing the service.

Circling back to the app itself, the company remarked that it moved to a completely new code-base, that way offering new features at a faster pace compared to Allien Blue. They are also looking forward to circulating at least one update per month.

In addition to features, the official Reddit app, in order to differentiate itself from the vast ocean of third-party clients, strives to offer a wider range of exclusive and multifunctional options, such as “card view”, which better showcases rich media content.

It also makes use of each OS’s unique features, when possible, including iOS’s draggable “speed-read” button, for example.

When it comes to the fate of Allien Blue, the company has clarified that the service will shut down to pave the way for the official app, though Reddit hopes to help users of the old app during their transition, by applying the knowledge it has obtained over the years in the mobile sector.

It is also worth noting that Allien Blue’s developer team gave a hand with the building of the official app.

Reddit for iOS and Android is free on both App Store and Play Store and takes only 4.8MB of your device’s storage.

Below is a clip demonstrating how the app works on both platforms.