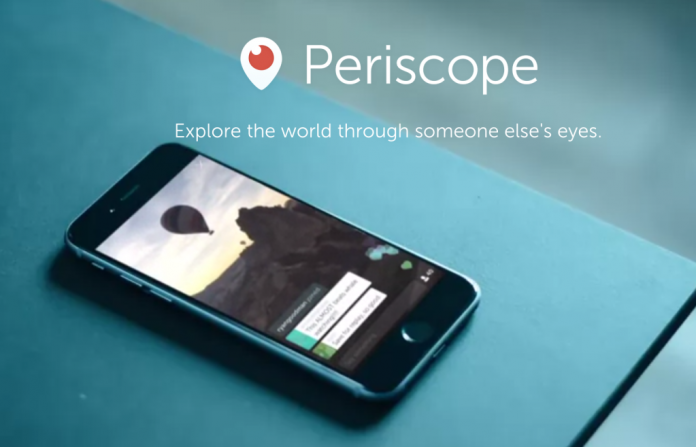 There is a big difference in the market perception as far as the video streaming to a smartphone app is concerned, however, at present times, as Twitter’s live video streaming app Periscope celebrates its first birthday, the company announced a big milestone, some 200 million live broadcasts have been streamed to date.

That’s up from 100 million in January, “so we’re seeing extraordinary growth in a short period of time,” says Periscope co-founder Kayvon Beykpour.

According to the data accumulated by the company, the amount of live streams currently available on the network is the total equivalent playback of 110 years of live video being watched every day on the app. Moreover, Periscope is available on both Android and iOS platforms, the two front running names of mobile operating systems.

Last year, when the streaming market was all about the Meerkat app, Periscope had popped out of the gate and stole the show with its overall ease of usability and ability to stream video directly to Twitter feeds. By the end of the previous year, Periscope was officially the App of the year and Facebook had also jumped into the streaming market as users of the platform can record live directly from their News Feeds.

Last week, there was a word about YouTube Connect, which is Google’s take on the live video streaming. However, Beykpour isn’t worried about the competition.

“Live streaming has been around for ages,” he says. “We weren’t the first.” Justin.TV, Hang/w, Ustream, YouNow and many others pre-date Periscope. “We don’t pay much attention to what other people are doing, we’re just focused on making the best mobile experience. That more people are getting involved is great, it shows people are taking a broad view of the space.”

Beykpour says “being able to see what’s happening in real time anywhere in the world is a super power. You can see a map of the world, zoom into a neighborhood, and go some place with a breaking news event and step into the shoes of someone there and talk to them–that’s crazy.”