Oculus Touch, a pair of controllers announced earlier this year for the virtual reality system Oculus Rift, is now available for pre-order at various retail stores across the globe. The Oculus Touch price release is on a much higher scale than initially expected.

Reporter Nick Summers from Engadget tweeted about an ad for the handheld devices on display at a GAME store in Westfield Stratford, a shopping mall located near the Queen Elizabeth Olympic Park in London, UK.

Their purchase price is set at £189.99 (about $247), with a £50 deposit included. An article from Tech Times indicated the swollen price might have to do with both controllers’ additional camera sensor, which enhances movement tracking.

The price to pay for the era of VR/AR

The Oculus Rift Headset is available for purchase on Amazon, beginning at $599. With the added cost of Oculus Touch, a most likely investment for the entire system is now around $900. According to a piece from Tech Times, the real price for Touch remains uncertain and Rift owners “expect it to cost about $199”. The price for the controllers is almost that of a new console, but it doesn’t stand out from other VR manufacturers.

A tremendous competitor is HTC’s Vive system, which is being developed in partnership with Valve. The Vive VR headset is already available on Amazon for $799, and it comes with the Headset, Wireless Controllers, Base Stations (for movement tracking) and a membership with over 500 games available for SteamVR. 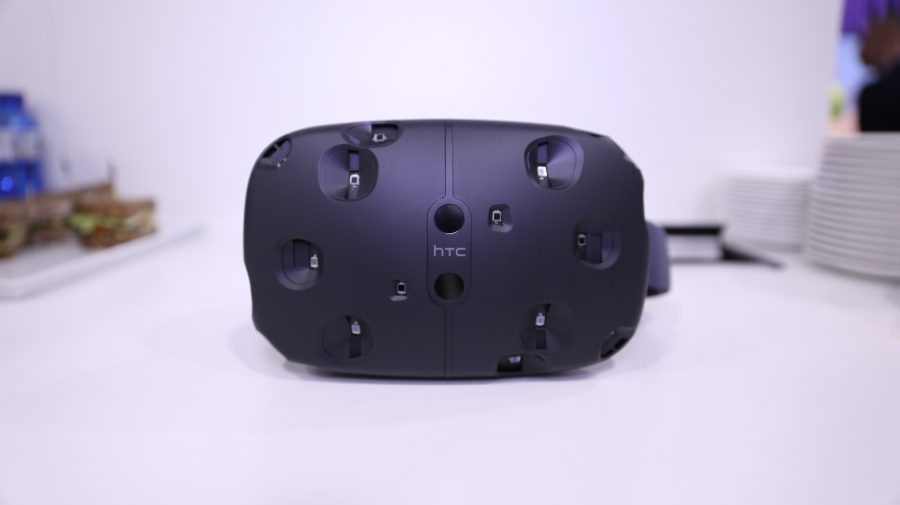 Entering the era of ambulatory gameplay

A fundamental difference between the Vive system and the Oculus Rift has to do with freedom of movement while immersed into the environment. The Vive system allows the player to move around the room while playing the game, whereas Oculus Rift offers only the possibility of seated and standing actions.

While Vive requires the Base Stations to be installed opposite to each other on a player’s gaming space (i. e., diagonally on two corners of the player’s room), Oculus Rift instead only requires users to locate the Positional Tracker. The trackers consist of a single unit device responsible for what Oculus calls the Constellation Tracking System near themselves while playing.

More details about both consoles are yet to come, more games yet to be released and more features to be disclosed. In the meantime, the rivalry between Oculus and HTC will be limited to design, playability, and availability of games. The third Oculus Connect Conference, which will probably assess some of these issues, will begin next Wednesday, October 5th.