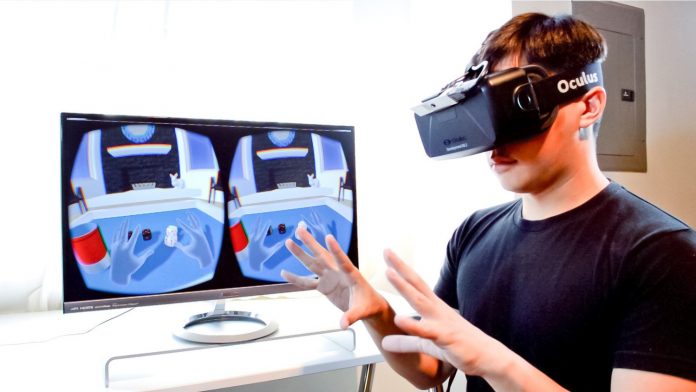 After waiting for years, it looks like the wait is over. The VR headsets of the future are here. One of the most anticipated headsets is the Oculus Rift, so, the real question is whether the Oculus Rift is worth all the hype or should you wait before investing your money on it.

Well, before you read any further, we would like to give you the answer to this question in a rather straight forward manner. No, it is not worth it.

For the reason why we say so and the best VR headset of the time, read on.

According to us, the best headset of the ones available at the moment, is the Samsung Gear VR.

Yes, you heard it right; the Rift gives you an engaging experience with a handful of excellent games. Meanwhile, the Vive gives you unprecedented control of your virtual surroundings.

On the other hand, the Gear VR does not have a lot of features, still because of the pricing and the fact that you need to have the Samsung Galaxy S6 or higher is definitely a plus. At the price that you would pay for the Oculus Rift or the HTC Vive, you will easily get a very good performing smartphone and the headset, which is priced at just $99.

Talking of technological advancements, if you are big about a huge number of peripherals and haptic feedback enabled controllers, the HTC Vive is the right choice for you.

The Rift, on the other hand, has better games than the Vive, it’s $200 cheaper, uses the same tech and UI as the Gear VR. Yet, the disadvantage is the fact that you will be confined to one chair for the whole experience and the price is still quite expensive. The fact that the headset is not as awe inspiring as the Vive also doesn’t help its case.

As aforementioned, the Gear VR needs only a Samsung Galaxy S6 or higher device to operate. For the Oculus Rift, though, the minimum system requirements that are needed to run the VR headset are so excessive, that you will need to invest in at least $1,000 to get such a PC built.

Lastly, we will definitely conclude by saying that if you are all that curious about the whole VR experience, go with the Gear VR. Not only you will receive a solid experience, but also a phone upgrade will tag along, if you already don’t own a device from Samsung’s Galaxy S series.

Does your opinion differ from ours? Let us know in the comments below.

How to Improve Your Business’s IT Services

Fahim Imam-Sadeque on Taking Control of Your Finances: Start Healing Your Relationship with Money Today

The Different Places to Buy a Car

The Tech Battle Between PayPal, Apple Pay, and Google Pay

Harmonious Child Development: What Every Mother Needs to Know