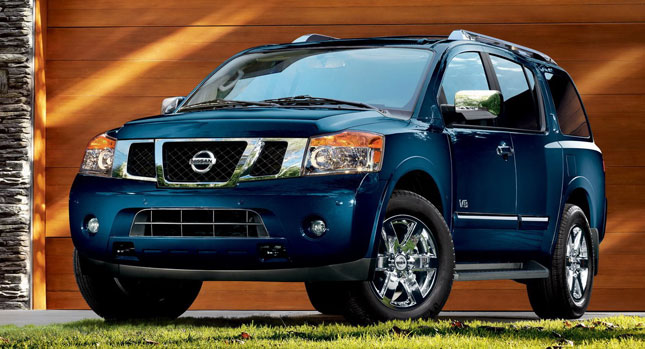 Nissan has finally pulled the wraps off the second generation of its Armada full-size SUV as a 2017 model. Unlike the first generation, which was based on the Titan pickup, the new Armada is basically a U.S. version of the global Nissan Patrol SUV.

When compared to former generations, the new car retains the body-on-frame design and its eight-passenger seating, but does feature a new styling, engineering and added safety features.

Also read: Chicago Auto Show 2016: Your Complete Guide of What to Expect

Here is an overview of what you can expect out of the car, including the exterior, interior, engine, performance, other features and availability. 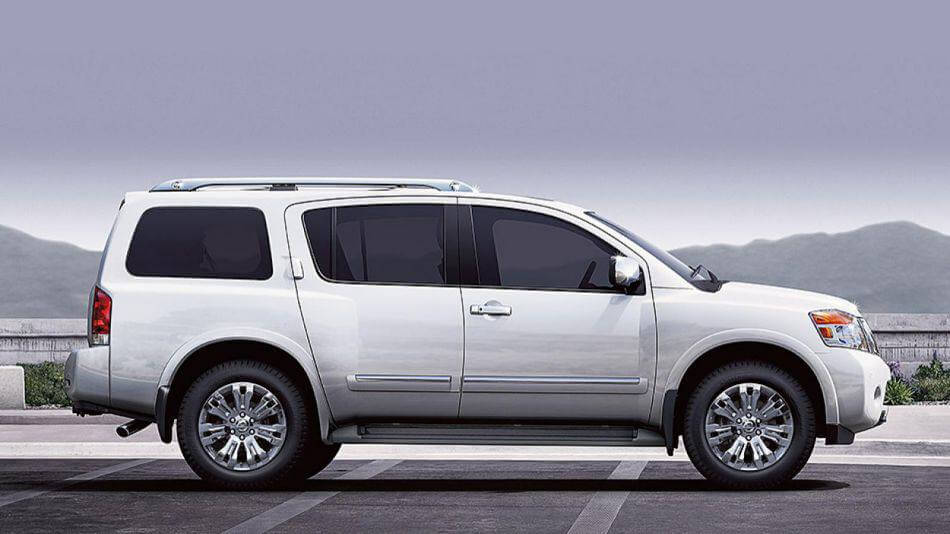 Like we mentioned earlier, the car packs the same body-on-frame design that we are used to seeing in the previous version. However, the styling has definitely been changed.

The exterior of the car now features a bold, chromed version of Nissan’s “V-Motion” grille. LED headlights and daytime running lights are standard, and fog lights are standard on higher line models. Taillights are also LEDs.Air intakes that are functional are located in the front fenders, where four of them have contrasting paint on the wheel flares.

The overall look is quite masculine and macho. 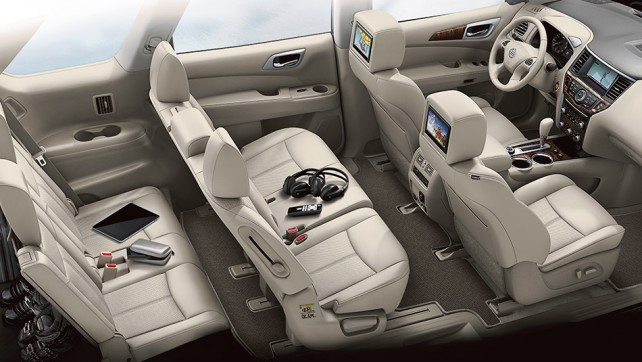 The car offers seating for eight with second and third-row bench seats while the second and third rows fold in a 60/40 split. Second-row captain’s chairs are available that reduce seating capacity to seven.

According to Nissan, the sound dampening materials that make up the interior of the car reduce the noise to “library levels“.

There are three trim levels, SV, SL, and Platinum. Standard features on the SV model include cloth upholstery, four-way power-adjustable front seats, an 8.0-inch dashboard screen, a navigation system with traffic and weather information, heated front seats, a 13-speaker Bose audio system, satellite radio, roof rails, side steps, and 18-inch wheels. As for the side mirror, Nissan has added a feature called “hospitality lighting“. It turns on the puddle lights when the driver approaches the vehicle, then turns on the interior lights when the vehicle is unlocked. 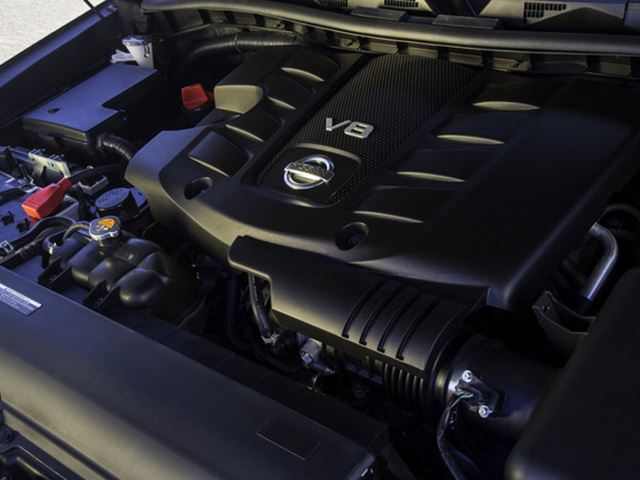 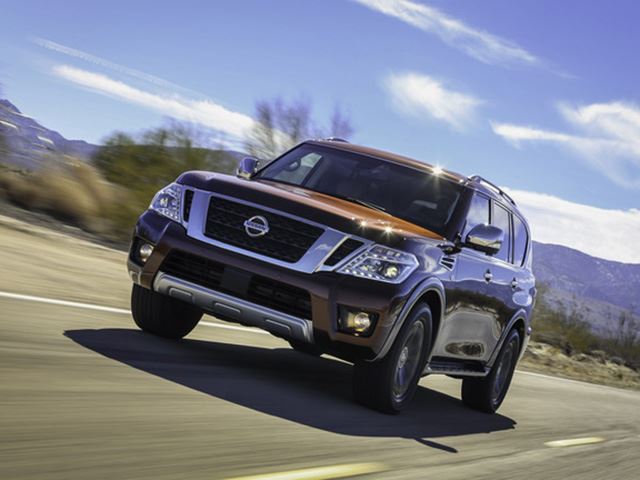 There is no word as of now when it comes to the acceleration or the fuel rating of the vehicle. However, Nissan has assured that the acceleration will be among the best in the full-size SUV segment.

As for the transmission, the Armada comes with a seven-speed automatic transmission, instead of a five-speed one in the previous gen, with downshift rev matching.

Rear and four-wheel driving options have been added to the car. The 4WD system has low-range gearing and can send 50 percent of the torque to the front wheels when it detects slip. With proper fittings, the 2017 Nissan Armada can tow up to 8,500 pounds. 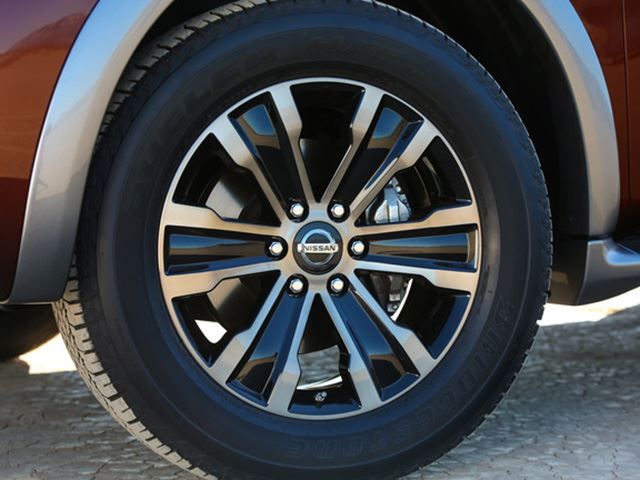 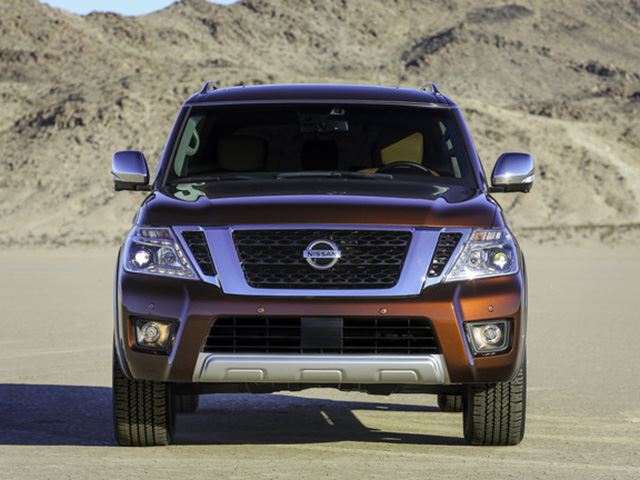 The  2017 Nissan Armada is expected to go on sale this summer. 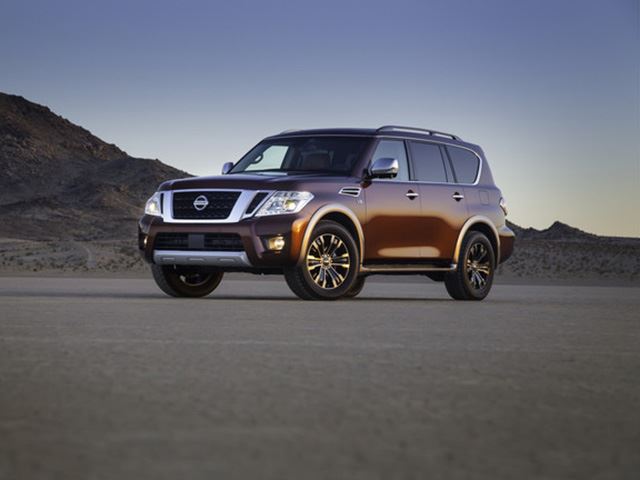 There is no word yet of the pricing of the vehicle, so we cannot comment on that aspect yet. However, there are some parameters like the modern looks, fairly quite interiors and the ready power, that we genuinely enjoyed about the new Armada.

Furthermore, we think the car will feature a lesser fuel economy. It is definitely very big and heavy, and this does mean that you can expect it to have a bit of a tricky handling too.