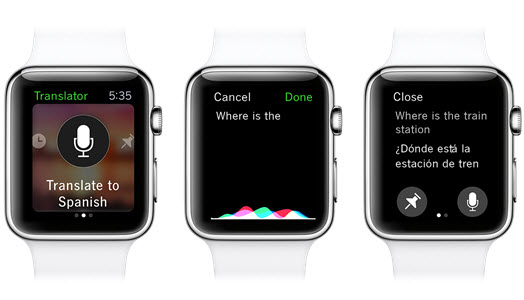 Microsoft (NASDAQ: MSFT) and Google are up in arms after the introduction of Translator app from Microsoft. The software giant, Microsoft, recently introduced its new app called Microsoft Translator. The app can translate text messages written on the screen or word and phrase that has been spoken over the devices.

Interestingly, Google has already its own version of “Translator App” present in the market called Google Translate app that supports 27 languages for text and voice conversion. Microsoft, however, has gone a step further and have included 50 different languages, including English, Chinese, French, Hebrew, Italian, Japanese, Spanish and Russian to get the better of its competitor.

Currently, Microsoft Translator is available for iOS and Android platforms and also supports phones and tablets as well as the Apple Watch and smartwatches that run Android Wear. If you are typing or speaking the work or phrases that needs to be translated, Microsoft Translator shows translated text on the screen and then speaks it too. Not only this, you can also copy and paste the text from another application for translation.

Language translation service has already been provided by Microsoft through its Bing website along with apps that runs on its Windows Phone mobile operating system. Currently, Microsoft also have Windows 10 desktop software for translation and  it is also planning to include the Skype Translator program as the part of the Skype app itself.

Users, now can choose either Google or Micrsoft’s translation service on the web as well as for iOS and Android. In case you own a smartwatch, just speak directly to your watch and get the real time instant translation in one of the supported languages. Translator app from Microsoft not only pronounces the phrases correctly, but all translations and settings are synchronized constantly between your watch and your phone so that you don’t miss out anything.