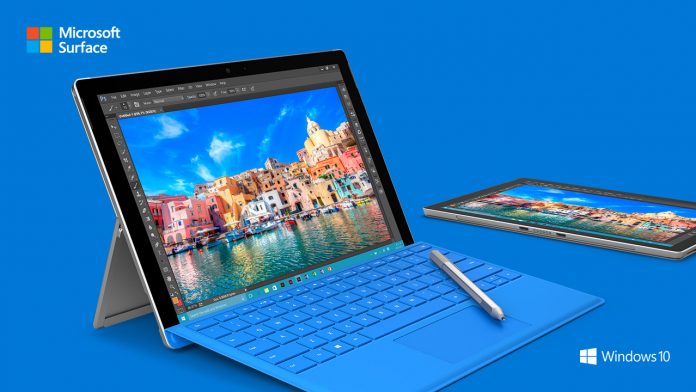 Microsoft (NASDAQ: MSFT) just launched its new generation Surface Pro 4 tablet. The tablet is powered by an advanced and efficient Intel Skylake processor. The display measures 12.3-inch diagonally, and it’s the crispest display ever seen in a slate. The display features 5-million pixels, with 267 pixels-per-inch resolution, which is in fact so sharp that it puts the Apple retina to shame.

With a thickness of just 8.4mm, Surface Pro 4 is the thinnest and the lightest Surface tab yet. Now looking at the figures, the beast has an option of up to 16 GB of RAM and 1 TB of storage capacity. The tablet expresses designer’s creativity in blending the hardware and the software to work harmoniously with each other. “We don’t just build hardware for hardware’s sake,” said Nadella, emphasizing the fact above. Featuring Windows 10, the Surface Pro 4 integrates Cortana in the stylus, along with the Windows Hello security, which uses an Intel RealSense camera.

The stylus mentioned above, called the Surface Pen, will be offered in five color choices, with interchangeable tips. It features 1024 levels of pressure sensitivity as well as a tail eraser. “There’s a pencil out there without an eraser,” said Panos Panay, Corporate VP, Microsoft, taunting Apple’s Pencil stylus for its new iPad Pro. He further stated, “It’s weird, it’s backward.”

Combined with Windows 10, the Surface Pen opens up to countless possibilities, for instance, holding down the eraser will open up Cortana to respond to the verbal queries. Also, while surfing the web on Microsoft Edge browser, can be marked directly using the Surface Pen.

Surface Pro 4 comes equipped with lighter new Touch Keyboard, along with a new Surface Dock with USB 3.0, Ethernet, and a pair of 4K-capable Display Ports. These are compatible with the predecessor, the Surface Pro 3 as well.