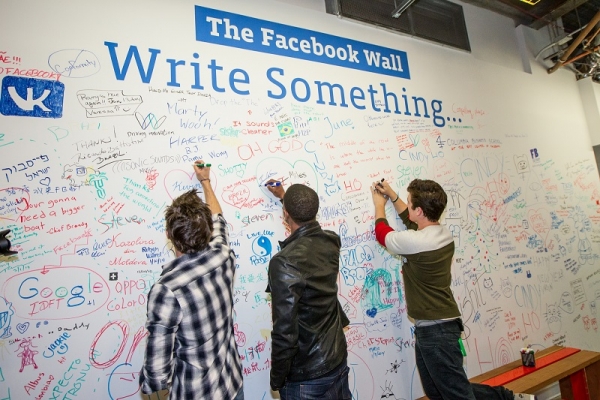 Facebook CEO Mark Zuckerberg reprimanded some of his employees this week over their reaction to “black lives matter” messages.

The company building houses a signature wall where employees and visitors are allowed to write messages that express their thoughts. Recently, some employees wrote “black lives matter” on the wall, only to have their messages scratched out by other employees and replaced with the phrase“all lives matter.” To this, Zuckerberg has conveyed his dismay and said that this is “disrespectful behavior.”

“We’ve never had rules around what people can write on our walls,” Zuckerberg wrote in a private post to employees obtained by Gizmodo. “We expect everybody to treat each other with respect.”

He had already addressed his employees earlier regarding this issue in a question-and-answer session last week and had told them that such behavior was “unacceptable,” but then the incident took place, again.

“I was already very disappointed by this disrespectful behavior before, but after my communication I now consider this malicious as well,” Zuckerberg wrote.

Zuckerberg explained that “there are specific issues affecting the black community in the United States, coming from a history of racism and oppression. ‘Black lives matter’ doesn’t mean other lives don’t — it’s simply asking that the black community also achieves the justice they deserve.”

According to the latest employee distribution, the company consists of 55 percent white, 36 percent Asian, 4 percent Hispanic and only 2 percent African American members.

“Our work is producing some positive but modest change, and our new hire numbers are trending up,” Maxine Williams, Facebook’s global director of diversity, wrote in a blog post last year. “Diversity is central to Facebook’s mission of creating a more open and connected world: It’s good for our products and for our business. Cognitive diversity, or diversity of thought, matters because we are building a platform that currently serves 1.4 billion people around the world.”

Which movement do you support? Let us know in the comments below.