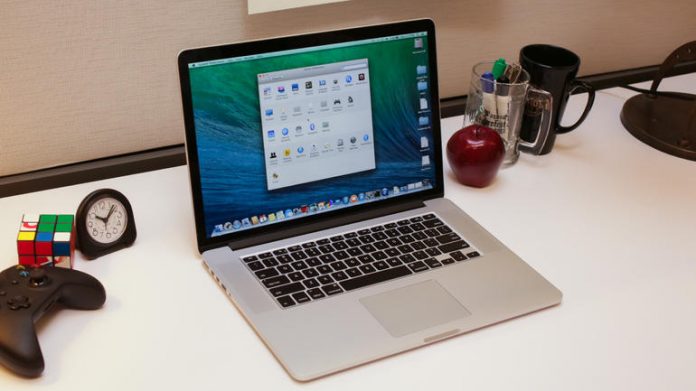 The all new MacBook Pro 2016 is on the works in the Apple’s manufacturing plant. According to media reports, the new MacBook will be integrated with advanced features and will be lighter than the 2015 version.

The MacBook Pro 2015 comes in both 13-inch and 15-inch display sizes. With up to 8GB of RAM, the device is equipped with 128GB, 256GB and 500GB internal storage capacities. Unlike traditional laptops, the MacBook Pro 2015 ships with SSD storage for faster response time.

Rumored to be released during the Worldwide Developers Conference (WWDC) in June, the new MacBook Pro 2016 will be the next generation laptop from Apple with enhanced features and also will be cost effective. Moreover, Apple has slashed the price of MacBook Pro 2015 by $430 and $270 respectively.

Loaded with OS X Yosemite, the Apple MacBook Pro 2015 carries a Core i5 processor coupled with Intel Iris Graphics 6100. You can also buy MacBook loaded with Mac OS Mavericks with a trimmed down Intel HD graphics.

Apple also sells a 15-inch MacBook Pro featuring a 17-inch display and AMD Radeon R9 M370X graphics with up to 2GB. However, the cost of this laptop is phenomenally higher than normal laptops. If you have money burning in your pockets and require a device for business purpose, you can buy this variant. As we can see, MacBook Pro 2015 series laptops loaded with Yosemite are more expensive than Mavericks.

It remains to be seen whether Apple releases a new version of Apple OS for the purpose of MacBook Pro 2016. If a new OS is released then you will have to shell out extra money for the new device. As seen in the past, Apple laptops with new OSs are generally costlier.

The upcoming MacBook Pro 2016 is expected to ship with a Skylake processor, an improved retina display, advanced graphics technology, USB-C ports for fast-charging, including a gesture-based touchpad integrated with the keyboard.

There are rumors that the new MacBook Pro 2016 will ship with DTS sound system with speaker grills on the top. Moreover, there will not be any ventilation holes on the bottom due to the addition of new CPUs, which consume less power.

If you need not require a MacBook Pro immediately, then it’s better to wait because the new MacBook 2016 will come with a slew of new exciting features that were not available with the previous installments.