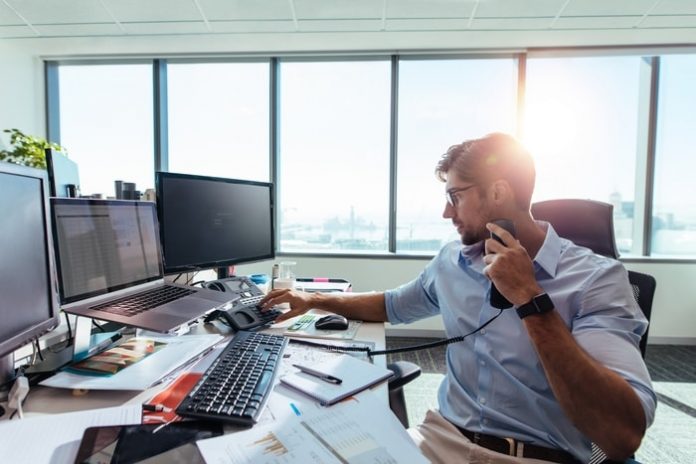 Today’s offices rely heavily upon the power to keep them running. Technology has become so deeply integrated into the day to day running of a company, that if something were to go wrong, it could cost the business thousands of pounds in downtime. That’s why it’s crucial to have a back-up in place in case the worst should happen.

If your office doesn’t currently have a battery backup, below you’ll discover why it might be time to invest in one.

What is a battery backup?

A battery backup otherwise referred to as an uninterrupted power supply (UPS), is designed to provide back-up power to computer hardware components. Depending upon how big the USP is, numerous hardware components along with the monitor and housing can be plugged into it.

They largely act as a backup power source when the main power goes out. So, if there is an electrical fault or a temporary power outage, the back-up battery will prevent computer systems from shutting down. They also help to ensure that a consistent level of power is supplied to the computer systems, preventing surges or drops in power.

Why is a battery backup important?

Having a battery backup for your office delivers numerous great benefits. Obviously, its main benefit is the fact it can protect your computer systems against immediate shutdowns.

If the power were to suddenly fail, all of the computers in the office could immediately shut down, losing any files that haven’t been saved. This can obviously prove to be a huge problem if your team was working on important documents. Having a backup battery installed from a company such as Schneider Electric, will ensure the power stays on long enough for any files and documents to be safely saved.

As well as preventing a potential loss of data, a battery backup can clean up your computers power. Surges and drops in power throughout the day can lead to a long-term breakdown of the system. A UPS will ensure the power supplied to the systems is consistent and clean, helping to lengthen its lifespan.

Even though major improvements have been made in recent years to prevent immediate shutdowns, they do still occur. When you think that just a brief disruption in power can cause a lot of potential disruption, you start to see just how important a battery backup can be. So, if your office doesn’t have one, now’s the time to protect yourself and invest in a high-quality UPS.