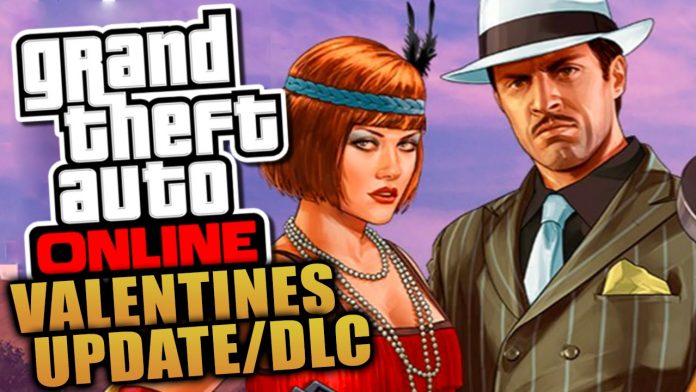 As suspected, Grand Theft Auto V’s multiplayer mode, GTA Online, is getting a Valentine’s Day update, today, as Rockstar games launched the “Be My Valentine“, a free update for Xbox One, PlayStation 4, and PC.

The update comes with a lot of new content including new cars and outfits, as well as a new adversary mode, which is due to release on Friday. We have included the trailer for you to take a look at.

Be My Valentine comes with a pair of new cars, including the Albany Roosevelt Valor, which is available to buy from the in-game Legendary Motorsport store. This retro vehicle can be outfitted with a number of modifications from Los Santos Customs. The second car is the Albany Roosevelt, which is making an appearance after last year’s Valentine’s Day GTA Online event, Massacre Special.

There are also a lot of new clothing items for male and female characters, including new suits, vests, boxer shorts, and stockings. Also, the Valentine’s Day clothes and masks from the previous event will be back.

You can also purchase the Gusenberg Sweeper machine gun from Ammu-nation. Finally, Be My Valentine includes a new “couples-themed” adversary mode called “Till Death Do Us Part“.

You can expect the launch of this mode on Friday, February 12. Rockstar is due to share the information soon. It is also worth noting that the mode has been launched for only new-generation consoles and PC version of the game.

Just to remind you, Rockstar said it would be focusing on those versions of the game, instead of Xbox 360 and PlayStation 3. Though, all of the game’s latest major updates have skipped those platforms.

GTA V is not the only high-profile game that has been celebrating Valentine’s Day. Just this week, Destiny’s “Crimson Days” event rolled out as well.