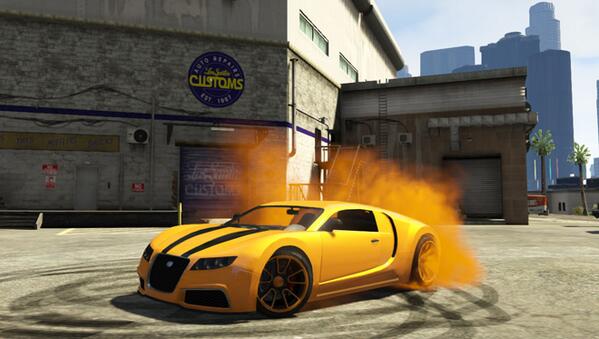 Details on the upcoming content for Grand Theft Auto Online’s Valentine’s Day update have appeared on the internet ahead of an official reveal from developer Rockstar.

On January 28, Rockstar had confirmed that they are going to do an event for the online version of GTA in February, and told fans to “keep an eye on GTA Online next month for some items you’re sure to fall in love with.“.

The nature of the update was discovered from the data of the cars and the modes that have been added recently. Data-miners have dug into the files and found that Valentine’s Day content will include a new version of the Roosevelt car, among other things.

Along with the vehicle, a description has been added which says, “They don’t make them like they used to, which is a good thing because here at Albany we’ve completely run out of ideas.“.

“Lovingly remodelled, with room for a new suite of personal modifications, the latest edition of our classic Roosevelt represents a new height of criminal refinement, taking you back to the golden age of fraud, racketeering and murder when all you had to worry about were a few charges of tax evasion.“.

Along with this update, Rockstar has also added a large variety of outfit options styled in line with a classic American gangster aesthetic. As for the new mode, there is not much information available at this moment.

The last update was released on January 28th and had featured teams of paratroopers jumping out of helicopters and then racing back, thus controlling a piece of land. This mode was called DropZone. Five maps will be made available for this mode, which includes Pillbox Hill, Richman College, Elysian Island, the Mirror Park cul-de-sac and the Sisyphus Theater. Some new races have also made their way to the fame in the recent update.