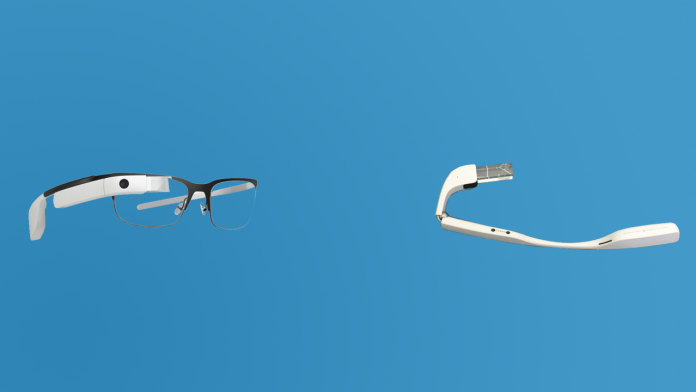 A few hours ago, FCC posted a selection of photos showcasing the upcoming second installment of Google Glass, which is expected to be launched sometime during 2016.

With that in mind, we have accumulated all the rumors regarding the gadget’s specs and features and put it head to head with its predecessor, which was released back in 2013.

The Google Glass project came from the Google X offices in 2013 and it was definitely a risky move for the company. A major reason why the device wasn’t accepted in the public and was banned from a few bars in San Francisco, was the ability to subtly take photos and videos. Other than that, Google was creating a new never-seen-before market with this gizmo and no one guaranteed purchases. At its price of $1500, it certainly wasn’t a bargain and the functionalities were significantly limited.

The headband was made of titanium which made the device sturdy and premium-feeling, but this really didn’t impress the audience as it looked like someone has just walked out of some sort of a cyborg movie wearing it. Google even partnered up with a bunch of fashion designers to try and improve the looks by adding a few accessories to turn its looks into a regular pair of sunglasses.

While the device looked a lot cooler, people just couldn’t stop noticing the weird clunky camera part in front of the glasses.

When it first came out, Google Glass offered a 5-megapixel camera and 720p video recording. Content was viewed on a 640×360 HX7309 LCoS display equivalent of a 25in/64cm screen from 8ft/2.4m away and the workhorse of the device was a TI OMAP 4430 1,2Ghz Dual Core processor alongside 1GB of RAM. The storage was non-expandible and offered 16GB of memory, 4GB of which was used by the OS. There was also a slightly faster Explorer version, aimed at developers, which had 2GB of RAM.

Google came with over 50 apps for Google Glass including Google Maps, Gmail and Google Now and the latest update to the OS pulled up all Android notifications from your phone and made them easily accessible by placing them in front of your eye.

Since the device ran Android, there were oodles of third-party-developed applications.

Google Glass’ interactivity with the user depended on its accelerometer where it would listen to your voice commands if you raised your head. The system “cards” were slid through with the help of the touch-sensitive pad, placed on the side of the unit itself.

First version had a bone-conductive part which transferred the sound of the device to your ears using vibrations, but Google later switched this to a ordinary ear piece.

New iteration of Glass has been rumored to target businesses and not conventional users, but that’s just a speculation since it hasn’t been confirmed by any sources yet. When looking at the photos you can notice a slightly smoother plastic on the case. The actual glass part seems to be independent of the glasses that hold it on your face.

Google Glass (2016) now features a light at the front of the unit. The light will turn green when the camera is active and will help Google tackle the controversy around the device. The glass prism is also longer, so sources indicate that it is possible new Glass projects a bigger picture.

The charging port is changed and now has 4 spring-loaded pins with magnetic holders to allow a MagSafe-like connection.

While the internal specifications are not known yet, we know that Google Glass (2016) will support 5GHz Wi-Fi and that it will be running on an Intel Atom. The capacity of RAM is still not known to the public, but we speculate that it’s going to be 2GB. The device is supposed to support external battery packs.

App wise, Google Glass 2 will ship with all the same applications as its predecessor. As stated in a recent patent filed by Google, a new picture-taking system will be most likely incorporated, allowing users to snap photos with their hands.

What do you think of Google’s new wearable gadget? Let us know in the comments below.