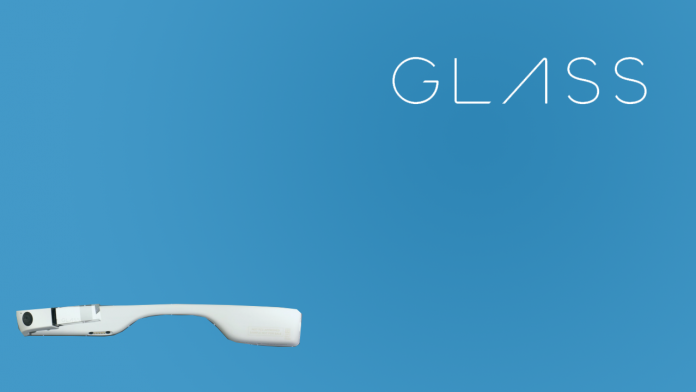 Glass project from Google was thougt to be dead, but now a few high quality images surfaced on the internet showing the new version of the product.

The device is now equipped with a longer Glass prism than the first version of the device, which presumably offers a larger picture. The unit is marked with a FCCID “A4R­-GG1” and packs a similar design as the previous iteration of the device with an addition of a folding mechanism which is supposed to be used to make the device easier to store. FCC also took pictures of the internals of Google Glass. Bone conduction pad has been removed and replaced with a speaker. As you can see from the FCC photos, it appears one manifestation of the Google Glass redux lacks a nose bridge, and does not wrap fully around the user’s face.

The case looks smoother and rounder than the previous version of Google Glass. The Glass part seems to be independent of the glasses that hold it on your face. The FCC never shows a wearable version with a second side.

Moreover, one of the biggest news about the device is that there is now a camera light at the front of the device. The camera light will turn green when the camera is activated which will help Glass get some acceptance in public, since people were freaking out when they found out that Glass can silently record them. 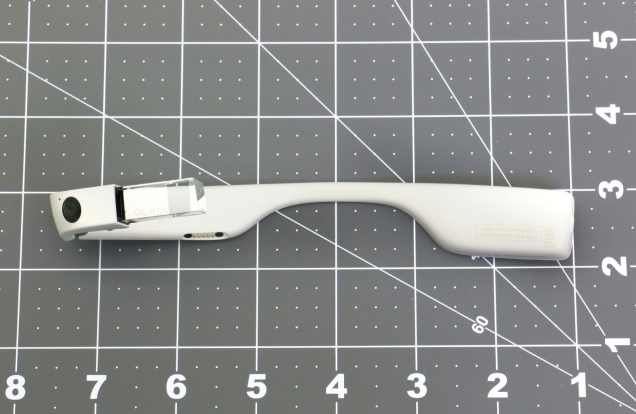 Google has also changed the charging port. There is now a set spring-loaded pins with large circles on both sides of the contacts. It is rumored that the circles are magnets to hold the charger connected making it feel like Apple’s MagSafe connector.

FCC even posted a short user manual to go alongside the device stating that the power button is now located on the back of the device. It reads that the plastic cube just above your right eye allows you to interact with the device and the home screen is your starting point. By default, the display shows you the current time.

New version of Glass supports 5GHZ Wi-Fi now, which is an upgrade from the previous iteration and uses an Intel Atom processor with some other upgrades to the internals. It is also rumored that the device will now support external battery packs. From looking at these pictures we could assume that Glass is ready to ship, but reports from 9to5Google and The Wall Street Journal say that the next version of Glass is the Enterprise Edition, and therefore will be aimed at businesses.

The new version of Glass indicate that the US tech giant chose a different approach in the development of the device, and that Google Glass will now be aimed as a tool and not an everyday device.