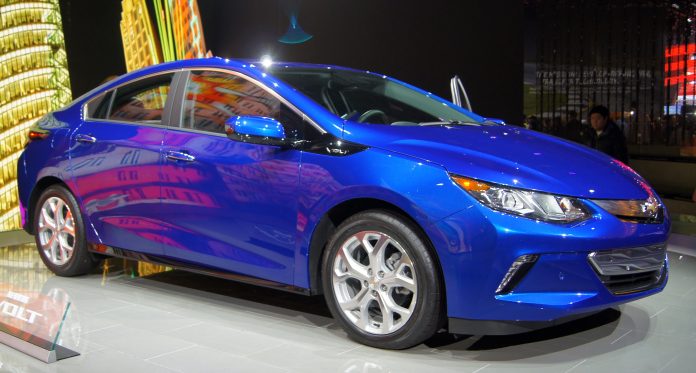 Eight years after being announced, the Chevrolet Volt has definitely been a few different things. It was first unveiled as a concept car at 2007 North American International Auto Show and was presented as the Old GM’s great leap forward in technology. This concept car then served the purpose of a political tool to get the New GM out of the bankruptcy that it had landed itself into, as it was a sop to all the people who love go-green initiatives.

During the last year, Chevrolet finally moved off the 19,000 Volts car after its initial launch in 2011. At present, the 2016 second generation Volt is very promising and surprisingly more satisfying than its predecessor. The 2016 model of the electric car is buffed up, more refined and has been smoothed over pretty nicely, the only thing that remained constant is its concept.

The maximum selling price of this car is being kept at $33,170, which does not include the government incentives. The car is rated for 53 miles, that is 85km of electric range, and according to GM, the car can go up to 420 miles, that is 600km on a full charge and gas tank. The car is expected to go up to 1000 miles with alternating charge and refuels at regular intervals.

Talking of the city/highway combined rating, the car boasts of a 106 MPGe EPA and the battery takes 4.5 hours to charge fully with a Level 2, regular charger. The car comes with a 100,000-mile warranty for hybrid electrical components.

There are definitely some changes when we compare the latest model of the Volt to its predecessor, some of these include a sportier, sleeker design, a quieter, more efficient engine and also the ability to fill the tank with regular gasoline, especially when the first generation needed to be filled with premium gas. As for the engine, the former generation featured a 4-cyllinder engine that produced 84 horsepower, whereas the newer model is fitted with a new four-cylinder direct injection, aluminum-block engine, capable of producing 110 horsepower. For getting the car from zero to sixty, it will take 8.4 seconds, which is .4 seconds faster than the previous model.

Safety has also been a major concern for the latest installment of the Volt lineup. Some of the gimmicks include; lane keep assist, rear cross traffic alert, forward safety awareness, and a 10-airbag system.

The overall design and interiors of the new Volt definitely make the older model look prehistoric, now. It is also very less distinctive from the conventional cars that are currently available in this price range.