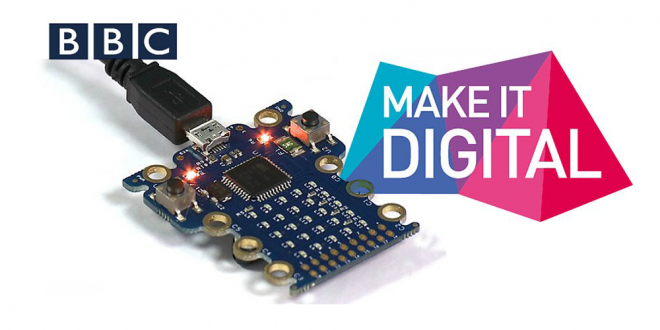 The BBC aims to build new learning computers, which is named as Micro Bit. The company has announced to give one million Micro Bit computers to 11 and 12 years old children across the United Kingdom. The BBC has focused on targeting the younger generation who is totally involved in the country’s growing latest technology.

The Micro Bit hardware project will be a slice of the BBC’s “Make it Digital” program. It is an initiative by the company for a new generation to grab intuitive knowledge of coding, programming and digital technology.

The BBC will associate with 25 companies to develop the tiny device, Micro Bit. The companies include chip-makers ARM and Nordic Semiconductor, Microsoft, Samsung and many more. This pocket sized machine prototype is up and running. BBC is hoping to inspire youngsters to join the technical industry by launching this machine. Recently, many of the devices were given to school children to explore.

“The BBC’s role is to bring focus to the issue, and then we will withdraw from the market.”

“The initiative is our big education project for 2015 to get people to talk about digital creativity, to code, to build games and shape our future.”

The tiny device measures 4cm by 5cm in size and contains of twenty five red LEDs and two buttons. Micro bit final version will have a Bluetooth technology, which will be linked up to devices like Raspberry Pi. Micro Bit development is still in progress, but it will be rolling out by the end of 2015 with three coding languages – Touch Develop, Python and C++. The machine will be given directly to school teachers who can pass on to students by the end of this year.