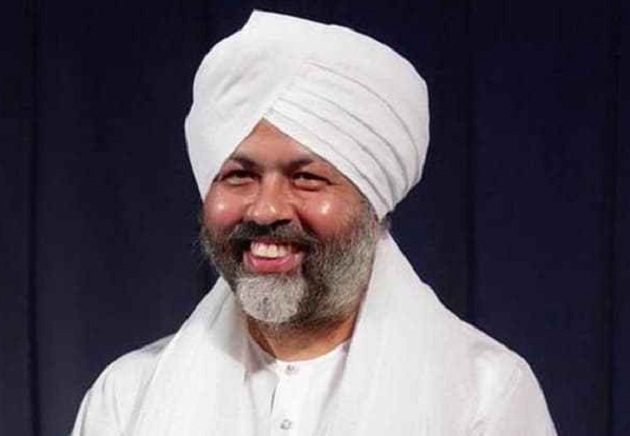 Baba Hardev Singh popularly known as Nirankari Baba was the head of the Sant Nirankari Mission. He had sad demise today in a dangerous road accident in Montreal, Canada at morning 5.00 am (IST).

Aged 62, he was born in Delhi on February 23rd, 1954 and took education from Rosary Public School, Saint Nirankari Colony at Delhi. He was accompanied by his two son-in-laws; one is declared dead and the other one is in a serious condition.

Sant Nirankari Mission was established by Baba Buta Singh in 1929. Nirankari Baba was the member of the Mission since 1971 and became Chief Head in 1980 when his Father Gurbachan Singh was assassinated when he was the head at that time.

By 2009, Baba Hardev Singh’s efforts outshone; the mission had over 100 branches worldwide across 27 countries.

“Baba Hardev Singh’s demise is tragic and a great loss to the spiritual world. My thoughts are with his countless followers in this sad time.”

Baba Hardev Singh’s demise is tragic & a great loss to the spiritual world. My thoughts are with his countless followers in this sad time.

Earlier BJP Leader, Shahnawaz Hussain wrote via Twitter, “Baba’s demise is a deep loss for the country. He served the people of the land.”

Amit Shah expressed his condolence to saint Baba via Twitter, “Deeply shocked and painted on Baba Hardev Singh ji’s demise. May the Almighty grant strength to his followers in this hour of grief.”

Rajnath Singh another leader expressed his condole “Baba Hardev Singh’s demise is a huge loss to the Nirankari Mission. May God give his followers the strength to bear the pain of his tragedy.”

Sant Nirankari Movement focused on the importance of the living leader whereas, Sikhism gave importance to Sikh Sculptures as their Guru.

Due to this reason Nirankari Mission was separated from the mainstream Sikhism culture. He continued to provide teachings to the believer’s whole-heartedly across the Globe.

And we hope his teachings would never die, his efforts would never fade away. He would remain alive in the heart of his followers forever and ever.