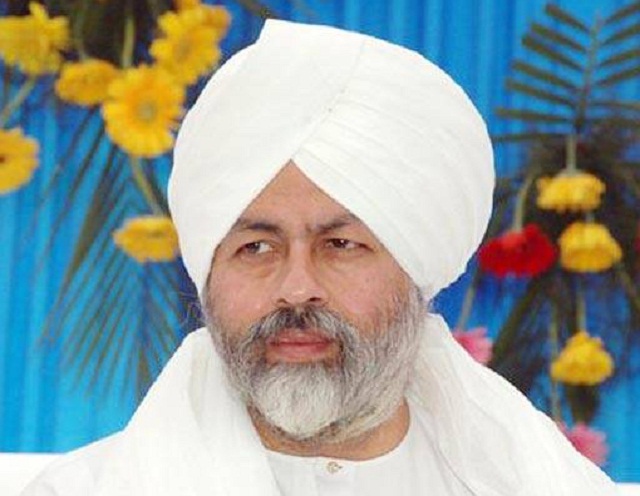 Indian spiritual leader Baba Hardev Singh has died in a car accident in Canada on May 13, 2016. He is now the head of Sant Nirankari Mission, and the death news of his death has spread a huge wave of shock among his disciples.

The car accident which led to the demise of Baba Hardev happened in Montreal. More details regarding this unfortunate incident are expected to be unveiled in the coming days.

BJP leader Shahnawaz Hussain has confirmed this news through his official social media handle. Through his Twitter account, Shahnawaz Hussain told that Baba’s death is a real loss to our nation. He also added that the spiritual leader is a real gem of a person, and is very keen to help who live in poverty.

Baba Hardev Singh’s demise is tragic & a great loss to the spiritual world. My thoughts are with his countless followers in this sad time.

Gurbachan Singh was assassinated by fundamentalist Sikhs belonging to Akhand Kirtani Jatha, who believed that Sant Nirankari is gaining prominence day by day. After the death of Gurbachan, Baba Hardev took charge as the Satguru of the mission.

Baba Hardev is considered as an impeccable personality with pure thoughts. After the death of his father, Hardev managed everything in a calm manner and continued teaching moral lessons and spiritual path to his followers. The Sant Nirankari Mission is now a renowned movement, and it has more than 2000 centers in various nooks of the globe.

Baba Buta Singh initiated the Sant Nirankari Movement in the early years of the nineteenth century. The ideology believes in the importance of a living leader while conservative Sikhism trusted in the Sikh Scriptures as their ultimate guru.In 1929, Sant Nirankari movement was separated from main stream Sikhism.