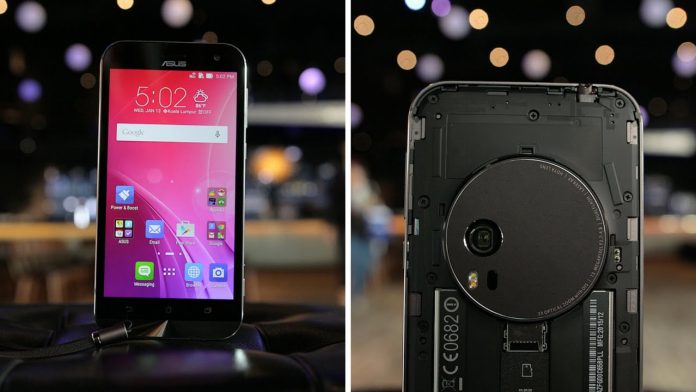 Asus’s next big trend seems to be in position, as the company’s recent circulation, the Asus Zenfone Zoom ZX550, that was released in December, managed to extort some rather interesting comments and reviews concerning its resemblance to the DSLR Camera.

Frankly, smartphones are said to be the successors to digital single-lens reflex or DSLR cameras (Digital Single Lens Reflex). But with handsets such as the Lumia 1020 or Apple’s more recent iPhones, the balances has obviously started shifting in their favour.

Following in those footsteps, the Asus Zenfone Zoom ZX550 was first showcased at CES 2015 and was presented as exceptionally promising for its imaging capability. Besides camera, it also sports a decent hardware and unibody design to boast of, but we won’t be getting in too much detail on this part. For now, gust note that you can get an expansive 5.5-inch 1920×1080 Full HD IPS display along with Corning Gorilla Glass 4 protection, a quad-core 2.3GHz Intel Atom Z3580 processor coupled with 4GB of RAM, 128 GB storage and a 3,000mAh Li-Polymer battery.

So we said already that the Zenfone Zoom ZX550 has been known to attempting to ape the DSLR Camera. The question is how close is it, really?

The camera-focused device comes with a 13 MP rear camera with 3X optical zoom, OIS, dual-tone LED flash and laser autofocus technology. There is also a f/2.0 aperture that captures images even under low-light conditions. On the other side, there is a 5 MP front-facing camera for selfies and video chats.

In more details, Asus claims the 3X optical zoom is powerful enough to fill the appetite of a professional photographer, compelling them to ditch their bulky DSLRs. As claimed by the company, “the ZenFone Zoom’s rear lens has laser auto-focus to point and shoot with total clarity in just 0.03 seconds.“.

Using an OIS shake compensation system, the device houses a Panasonic smart FSI sensor at the size of 1/3 of an inch along with Fujitsu’s independent image processor designed to handle noise. Shutter speed ranges from 32 seconds to 1/500 of a second, while sensitivity to the highest range is ISO50 800, exposure compensation can be plus or minus 2EV. 13 million pixel sensor, but with their Super Resolution technology, it can be upgraded to 52 million pixels.

Meanwhile, the smartphone is also equipped with a laser focus while its principle is a very low-power laser emission from mobile phones, to calculate the distance from the object to the camera, due to the precise distance information obtained through the laser energy, with a step inside the lens type AF motor.

Now for the shake of comparison, let’s give some info about DSLR cameras. A DSLR camera is at the top of any photographer’s preferences list – amateur or professional – on the grounds that it offers three key ingredients: manual controls, excellent picture quality and interchangeable lenses. Mirrorless cameras are another option of course, as they’re considerably smaller, mechanically simpler and, like DSLRs, they take interchangeable lenses. Yet, the DSLRs are still the cheapest way to get a camera with interchangeable lenses and a viewfinder. 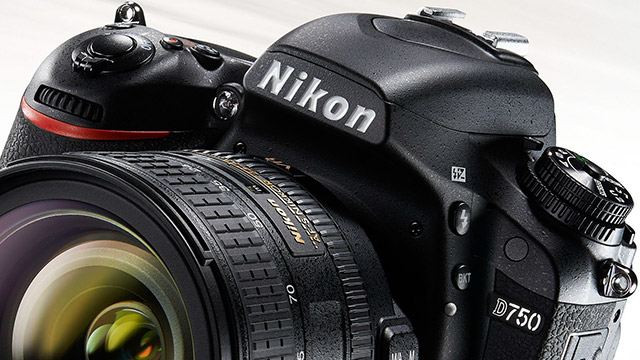 In addition to the pentaprism viewfinder, one of the marquee features of any digital SLR camera is the ability to change lenses. Most people think that the camera alone is responsible for capturing an image, but this isn’t the case. The lens that’s attached to it can play a huge role in the colour, contrast and clarity of every single photo that you take.

Note that, by public opinion, the best DLSR camera currently available is the Nikon D750.

So how close are the two cameras really? Judging by the technology used, one could say they’re pretty close. Yet, the result could be subjective depending on each individual’s taste and eye for detail. In any case, it is certainly worth the trouble to get off your cosy couch, and visit the nearest store to try out the Zenfone Zoom ZX550’s camera.

Clearly, Asus is trying to change the way we use our smartphones to capture a moment. But to be honest, while the company seems to be on the right track, Samsung and Apple have a better hold to it, at least for the time being.

What are your thoughts about the Zenfone Zoom’s camera and its resemblance to a digital SLR camera? Let us know in the comments below.