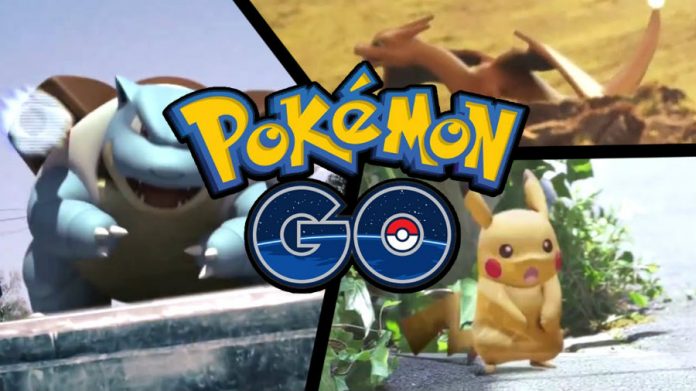 Since Pokemon Go debuted on July 6, the game has stayed in the top of App Store’s charts. This phenomenon also affected the app charts, the third most downloaded free app in the U.S. is the Poke Radar, an app designed to help you find Pokemon close to users’ location.

Also, according to research conducted by SensorTower, people are using Pokemon Go for longer periods of time than other Apps such as Facebook, Snapchat, and Twitter. The firm also revealed the app has already made more than $35 million in net revenue.

Pokemon Go is currently the top free app in Google Play Store, and it became the most downloaded app in the history of Apple’s App Store. However, Apple did not share the number of downloads, though.

Pokemon Go might be the most mainstream Augmented Reality (AR) game at the moment, but here is a list of other AR game you should consider trying.

An app dedicated to people who love to watch the sky at night, Sky Walk will work as a map to show highlight stars, planets, constellations and more. Vito beautifully designed the game, and all the details are logically arranged

The only thing you need to do is point your iPad at something in the sky, and Sky Walk 2 will do all the work.

This app will especially work wonders if you live anywhere outside a major city, as the air will be clearer and the app will detect more constellations to show you. Also, when you buy the iPad version, you will be able to use the app on your iPhone too.

Crayola Color Alive is an app that takes Crayola-Coloring to the next level. This AR App will let kids color a picture as they would normally do, and when they are done with it, you only have to use your phone with the app loaded and the image just colored will appear to emerge out of the paper into the real world. The app can add effects such as music and special effects.

Characters in the app include Iron Man and Elsa, and some original creations by the app.

Blippar is an App that uses your device’s camera and presents augmented reality experiences on the screen.

When you use the App for the first time, it will tell you to “find something to blipp.” When you use the catalog section that the app gives, there a complete list of things that you can Blipp. In case you don’t use the calendar you will have to Blipp on trial and mistake.

Gathering Exotic Matter and gaining control of portal around landmarks, is the primary objective of the game while it will encourage you to explore the world around you.

The augmented version of the now traditional text and audio translator from Google is one of the best AR  apps you can get.

While using the app you only need to focus any text with your device’s camera, and Google Translate will provide an instant response with the meaning of words are phrases focused with the camera. There is an additional language pack that can be downloaded in case you are away from a cellular network.

Theodolite is an impressive app that provides ultimate navigation tools for people outdoor. The iPhone becomes a viewfinder on which some information will be overlaid. The information shown will include GPS data (coordinates and elevation), Compass heading, Attitude and time data; You can also take a screenshot containing all these information and even email that same data to someone.

This app is useful for outdoor activities such as hiking, skiing, boating navigation, search and rescue, surveying, landscaping, among others.

Ink Hunter is an app that will let you preview how a tattoo would look on your skin. By only marking yourself, your iPhone’s camera will show you a preview of the design selected previously.This app has features that allow you to customize and rotate the design, and it also includes some presets and as well as it lets you upload personal designs.

There are also other apps currently using Augmented Reality Technologies that are worth checking out. Yelp’s Monocle allows you to find nearby establishments and restaurants using your phone’s camera, while Sunseeker predicts the movement of the sun during the day.