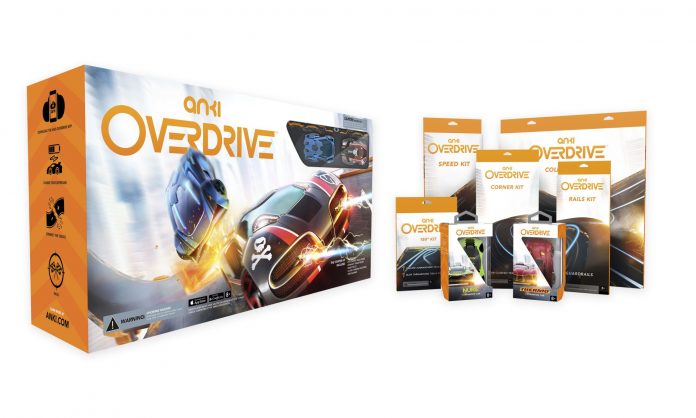 Anki Overdrive, the robotics and artificial intelligence company from San Francisco is going to unveil the most awaited second generation Robotic Battle-racing on September 20, 2015. Gamers will love the amalgamation of video game hooks that come with the robotic racing. The units will be shipped on September 20 in four countries, including Canada, US, UK and Germany.

“Anki Overdrive: Where Robotics and Video games merge and bring an unparalleled experience.”

Anki Overdrive had offered a sneak preview of the next generation version of robotic race cars. The next generation of Anki racing cars not only contain the new toy vehicles, but also a new app and latest gameplay mechanics. Moreover, the robotic racing also consists of modular race tracks that can be designed by the players. In fact, this is the USP (unique selling point) of Anki’s next generation robotic cars. Players can design their own custom race circuits. Users will also see two new games in the car racing; King of the Hill and Time Trial.

The specialty of next generation robotic car racing games by Anki Overdrive is its resemblance to video games. In fact, the company is working on making the robotic race cars as video games for last one year.

Mark Palatucci, Anki’s Chief Product Officer and co-founder, says about the innovation and renovation of the game:

“You can think of Anki as a game studio within the larger robotics company. We wanted to bring the richness of the video game world to a physical place.”

This is a highly technological and magical phase where physical objects merge with lively videos.