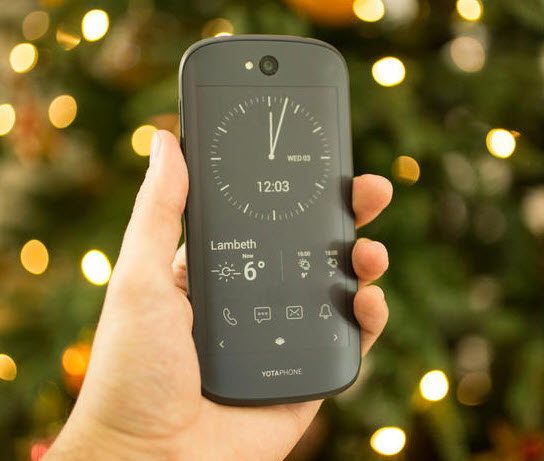 US – A lot of discussion was going on for the arrival of Russian smartphone YotaPhone 2 to the US. However, the company said that it is cancelling the launch; and there are no plans of launching it at least this year.

YotaPhone 2 not coming to the US!

Unexpected delays in the production and delivery of the phone in North America from the manufacturer are said to be the reason behind cancelling the launch. For several months, the team is indulging in this deal. This is quite an unexpected event for the staff. The CEO of YotaPhone met the manufacturers last week; but right now there is no solution and delivery of phones will be very late. This delay in delivery may disturb the company’s plans for 2016.

For the people who have already paid for the device, there are two options. Buyers can get an international version which will work in the US and on AT&T Mobile and T-Mobile; but only at HSPA+ speeds. Secondly, the customers can request for a refund. However, the refund will not be credited to their credit card; but it will be directly reimbursed. Yota devices might be hiring a new manufacturer partner who will handle all scalability demands, so that YotaPhone can come faster in the North America and in other regions too. The phone will have the latest technologies at a lower price in the upcoming 2016 models.

On December 12th, 2012 the company launched its first dual screen display smartphone, YotaPhone. YotaPhone has 4.3 inch LCD display on the front side and an E-ink display on the back. In Feburary 2014, the company launched new smartphone Yotaphone 2 with better features and specifications. The price of thus smartphone is RUB 33,000. The key features of Yotaphone 2 are its E-ink screen which is very useful these days. The phone comes with 5.0 inch LCD display, 32 GB storage memory, 8 megapixel rear camera and 2 megapixel front camera with Android 4.4 and 2GB Ram. The phone is quite expensive for its genre and it is out of reach of the common man.